Nick Powell's Manchester United career could be about to end

Nick Powell's time at Old Trafford appears to be over.

The 21-year-old attacking midfielder has only made nine appearances in three and a half years for Manchester United, but it looks as though he won't reach double figures.

END_OF_DOCUMENT_TOKEN_TO_BE_REPLACED

Hull City are in talks to take Powell - who is out of contract with United in the summer - on loan for the remainder of the season, according to the Hull Daily Mail.

Powell made two surprise appearances for United last month, away to Wolfsburg in the defeat that knocked Louis van Gaal's side out of the Champions League, and in the loss to Bournemouth. 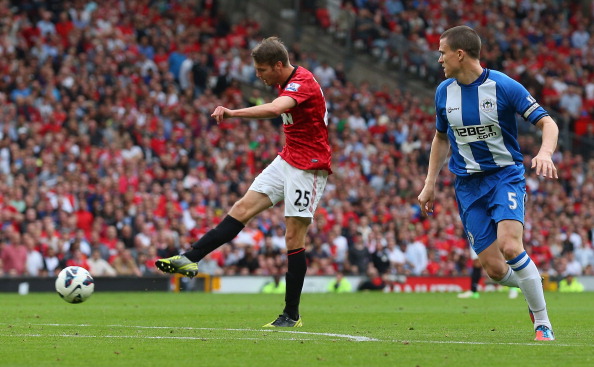 Powell cost United £6m from Crewe Alexandra back in 2012, and scored on his debut against Wigan Athletic.

A fruitful loan spell at Wigan followed the next season, where he scored 12 goals in 42 games, but a loan move to Leicester City last year resulted in just three appearances.

Powell now looks unlikely to ever play for United again, but maybe former United skipper Steve Bruce can get the best out of him at Hull.