The claim came after PSG were pegged back in Tuesday's Champions League Group C game after going ahead on the stroke of half-time thanks to Juan Bernat.

A Lorenzo Insigne penalty shortly after the hour mark ensured the spoils were shared and Neymar, who was booked in stoppage time at the Stadio San Paolo, made a bold accusation in relation to referee Bjorn Kuipers after the final whistle.

"The referee told me something he should not have," said Neymar in the mixed zone after the game, per ESPN. "It was disrespectful. 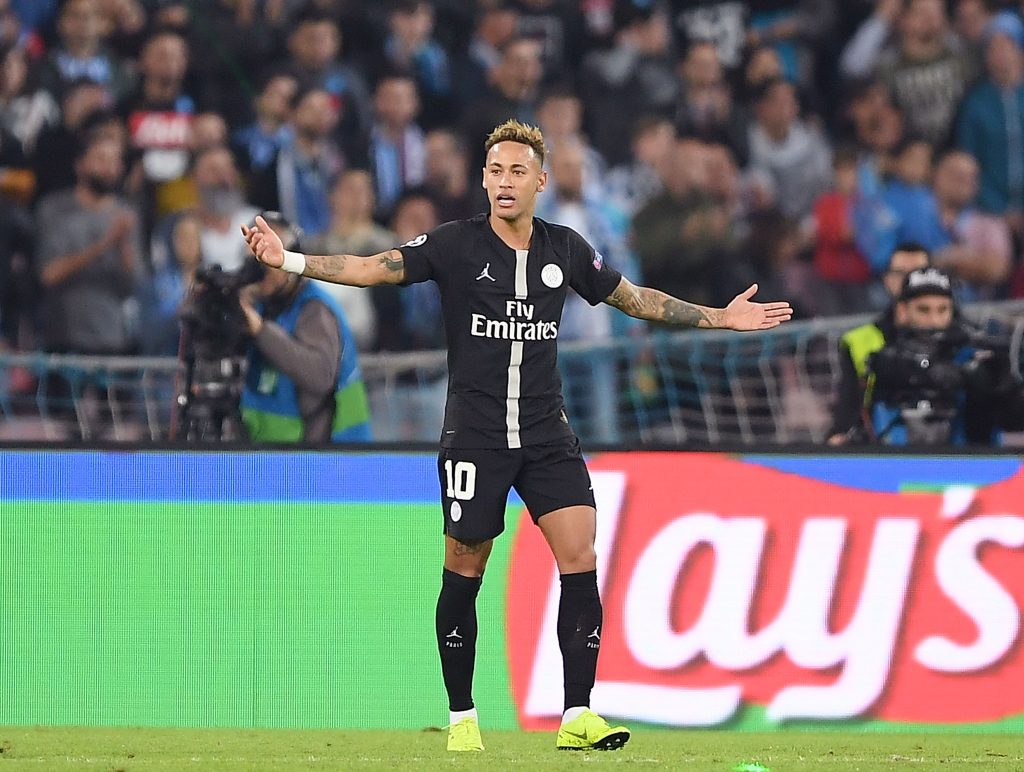 END_OF_DOCUMENT_TOKEN_TO_BE_REPLACED

"I do not want to repeat what he said to me. However, somebody high up should do something. He cannot be as disrespectful as he was with me. On the pitch, we are asked to show respect towards the referees. We should get the same in return."

PSG manager Thomas Tuchel feels hard done by the result, which leaves the Ligue 1 giants in third place in the group, and claimed that the officials got several big calls wrong on the night.

"For Napoli's goal, there was an offside," Tuchel insisted.

"After that, there is a penalty for the foul on Juan. These decisions are very difficult to accept. However, that is how it is. We lacked a bit of luck."


popular
The big JOE quiz - guess the emoji footballer
The JOE Friday Pub Quiz: Week 183
The JOE Friday Pub Quiz: Week 184
The exceptional documentary on George Best is on TV tonight
QUIZ: The hardest Gavin & Stacey quiz you'll ever take
PlayStation and Xbox users will now be able to play against each other online
QUIZ: Name the players to have scored the most free-kick goals in the Premier League

You may also like
Sport
QUIZ: Can you name these Football Italia cult heroes?
Sport
Football Manager: Veteran player hands his team to a rookie
Entertainment
Watching Goal! The Dream Begins for the first time
Sport
Wembley Lasagne: Meet the man behind the viral WhatsApp audio clip
Sport
Footballers in self-isolation: Andros Townsend
Next Page