After Manchester United took a similar tack against Manchester City, last month, Gary Neville was struggling to get his head around their latest XI.

END_OF_DOCUMENT_TOKEN_TO_BE_REPLACED

Rangnick was without Cristiano Ronaldo [illness] and Edinson Cavani [calf injury] for the visit of Leicester City to Old Trafford, this evening, but the German still opted to put Marcus Rashford on the bench.

Bruno Fernandes, who penned a recent contract extension with the club, was asked to play furthest up in an attack that included Jadon Sancho and Anthony Elanga. Paul Pogba was picked in midfield, but with more of an attacking brief. Scott McTominay and Fred were in centre midfield.

With no recognised striker in his starting XI, Neville mused on one major area where the season had gone awry for United. He also pointed out how a similar starting line-up were no match for Man City. 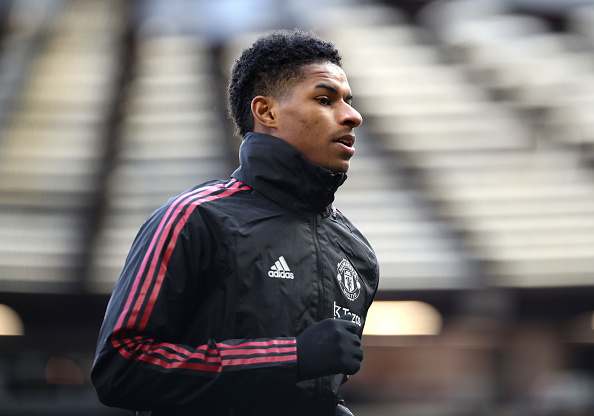 END_OF_DOCUMENT_TOKEN_TO_BE_REPLACED

"It's the same players that played against Man City, with Pogba and Fernandes up front - that 4-2-2-2 formation," he said.

"It is a staggering situation, for two reasons, really. Number one, because United start off the season with Cavani, Mason Greenwood, Rashford, Ronaldo and Anthony Martial, and they end up with no centre forward against Man City, and today against Leicester.

"Number two, one of those centre forwards, in Marcus Rashford, is on the bench. We spoke about Harry Maguire (earlier), in terms of him coming off a tough period, but Marcus Rashford is going through a massive low. To not be in that starting team today is saying something. To play at home against Leicester without a centre forward, after Rashford had a couple of weeks off, is a big decision by Ralf Rangnick."

END_OF_DOCUMENT_TOKEN_TO_BE_REPLACED

After starting three games in a row when Rangnick took over from Ole Gunnar Solskjaer, Rashford has been a sub for eight of United's last 11 games [two goals scored, one assist].

The first half against Leicester saw Pogba get a header on target from a Jadon Sancho cross while Fernandes was denied by the outstretched left boot of Kasper Schmeichel. Neville, up in the Sky commentary gantry, described the home side as "toothless" in the opening half.