There were some of us who never thought we'd see the day when James Milner stepped away from the international fold.

But the Liverpool midfielder has hung up his England boots after 61 senior caps and 46 (forty-six!) under-21 appearances.

We can confirm that James Milner has retired from international duty after 61 appearances for the #ThreeLions. https://t.co/H2DCVOSQx7

Those caps brought a wealth of happy memories, like that time he came on as a 81st-minute sub against Croatia in 2009 with England already 5-1 up, or when he got a full run-out for that mile-a-minute goalless draw against Ireland in 2015. 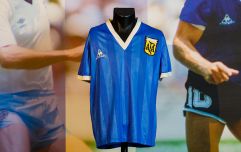 END_OF_DOCUMENT_TOKEN_TO_BE_REPLACED

He managed to go out on a high, with a glorious three minutes of magic at the European Championships in France.

Fans were lost for words after the former Leeds United, Newcastle United (oh yeah, he played for Newcastle), Aston Villa and Manchester City man called it quits, and you could almost picture them shedding a tear or two as they typed out their tributes.

There was at least one positive, however, as Milner stepping away from the team gives Sam Allardyce a great opportunity to build on Wayne Rooney's impressive reinvention as a midfield supremo.

It also means Milner's club team-mate Jordan Henderson has a clear path to first-team action in an England shirt, after making such a great impression at Euro 2016.

Thanks for everything, James. We know how much you're going to be missed.