Vehicle accidents can be nasty, like real nasty, but a MotoGP racer seems relatively okay considering he was just thrown from his bike and through the air.

Marc Márquez is launched from his Honda during FP2! 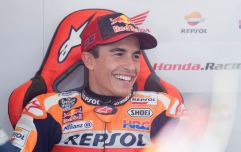 Marc Márquez on MotoGP and his remarkable injury comeback

END_OF_DOCUMENT_TOKEN_TO_BE_REPLACED

28-year-old Marc Márquez is seen on his first-person camera, coming round the corner at incredible speeds. Moments later, as the camera switches to an overview, Márquez's front wheel seems to catch the ground before throwing him into the air.

"That is massive, we've seen some big crashes but that is the biggest of the lot," says the commentator as Márquez recovers from the fall.

Though the crash was incredibly high and at incredible speeds, Márquez stands up seconds later and starts to walk off. His knee appears to be a right-angle as he walks, though he does not need any assistance to walk.

"Beaten to a pulp. 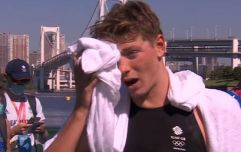 END_OF_DOCUMENT_TOKEN_TO_BE_REPLACED

"It flicked him violently off that Honda."

This comes after Márquez won the German MotoGP last Sunday, which was his first major win since recovering from complications to a fractured arm.

“Winning here at the Sachsenring is very important. It has been an incredibly important day, but even more so for the rider. Marc Márquez has spent a long-time suffering, without racing, without results and this is very painful for a rider like him," said Repsol Honda team manager Alberto Puig.

"We have to appreciate what he has done and thank him for all his efforts during this period, then what he did in Germany was truly amazing.

If history is any indicator, Márquez will be back on the bike in no time.