He was told he may never walk again 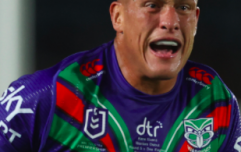 END_OF_DOCUMENT_TOKEN_TO_BE_REPLACED

Masoe was playing for Hull Kingston Rovers against Wakefield in a pre-season friendly in January when he injured his neck. The New Zealander was left paralysed from the waist down.

The prop forward was rushed into surgery later that day, but was told by doctors and surgeons that he would never fully recover.

On 16th January 2020, it was announced that Masoe would not play rugby league again - he had to retire altogether.

Coaches at Hull Kingston Rovers admitted the New Zealander would have a tough time managing to walk again.

However, eight months on from his horror neck injury, Masoe's rehabilitation is going from strength-to-strength. 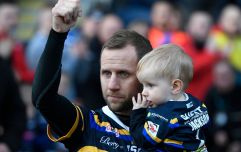 END_OF_DOCUMENT_TOKEN_TO_BE_REPLACED

Last month, the 31-year-old picked up a rugby ball for the first time since his injury during a course of rehabilitation.

But he would go one better earlier this week.

Just a few days ago, the Wellington native took his first steps unaided since being told he would never walk again. 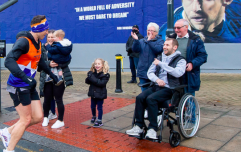 END_OF_DOCUMENT_TOKEN_TO_BE_REPLACED

Speaking to BBC Sport earlier this month about the nature of his injury, Masoe said:

"I went in for a tackle and missed it.

"My neck went into hyperextension, and then on the way down it snapped a ligament. When I landed, it snapped another one - and that brought heaps of swelling to my spinal cord.

"I was essentially paralysed from the shoulders down."

Although born in New Zealand, Mose Masoe played international rugby league for Samoa. He played for Sydney Roosters and Penrith Panthers before moving to England in 2013 to sign for St. Helens.

He was part of the St. Helens side that won the Betfred Super League in 2014. A stint back in the NRL with St. George Illawarra was cut short by injury, before Masoe joined Hull Kingston Rovers in 2017. He was an integral part of the Hull KR squad that won promotion back to the Super League later that year.