Bad signings. Farcical peaks and troughs. That is Everton

Everton aren't supposed to get things right. When their rivals Liverpool were at their lowest ebb, somewhere between 1992 and the Roy Hodgson years of 2010/11, Everton were flailing.

Never knowing quite how to keep a good thing going, the Toffees were always perpetually somewhere between breaking through to the next level and fighting off relegation.

Good times came, such as the qualification for the Champions League under David Moyes, before that was followed by third round qualifying elimination by Villarreal and a 17th place finish.

What I'm trying to say here is that Everton are unreliable, regardless of the manager or the players.

They are rarely a club that conducts its business smartly. This summer itself they allowed Ademola Lookman, likely their best prospect, to leave permanently for RB Leipzig. The reaction by many was that they had done what Everton always do: focused on the short-term rather than the long.

Then they went and signed one of Europe's best young strikers.

Moise Kean is a 19-year-old Italy under-21 international who scored six goals in just five starts for Juventus last season. That sentence alone would suggest that he is probably too good for Everton. 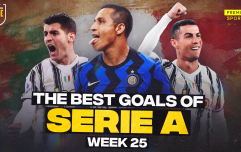 END_OF_DOCUMENT_TOKEN_TO_BE_REPLACED

He stepped in for a brief period during the Bianconeri last season and for a while it seemed like there was never a moment when he wouldn't score. Give him the ball and he'd do it. Simple.

He suffered racial abuse during a game against Cagliari and reacted by scoring and shutting the racists up. It was a reaction well beyond his 19 years.

During that period it seemed like he was Juve's future, and then they signed Aaron Ramsey and Adrien Rabiot on free transfers, AKA massive wages, as well as the not insignificant matter of signing Matthijs de Ligt on a massive deal.

That opened the door for Kean to leave, and Everton stepped in and took advantage.

The magnitude of this deal cannot be understated, under any terms. It is a statement of intent from Everton and the club are likely well aware of this.

Kean is a player that is well primed to hit his prime and explode. The fact that he will be doing this at Everton is impressive enough, but it is the details of the deal that make this so impressive a signing rather than the acquisition itself.

According to a number of people with knowledge of the deal, the fee (undisclosed by the club) is close to £23 million. That itself is something of a bargain in modern football. 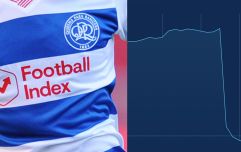 END_OF_DOCUMENT_TOKEN_TO_BE_REPLACED

Crucially, Juventus do not have a buyback clause, which is common in most deals of this nature. The Turin giants do reportedly have an agreement where the Premier League club will inform them of any major offers and allow them to match those, but that is something very different to a buyback clause.

This in itself is what makes this such a good move. Premier League money from television deals is not inconsequential, but this is not always immediately clear in deals made by the league's teams. it is in this one though.

In Moise Kean, Everton are signing a player of potentially ludicrous quality. In signing Moise Kean without including a buyback clause in his contract Everton are banking on themselves being a club where a player like that can succeed.

They're also banking on his value rising which, barring an emergency, it undoubtedly will.

When Everton appointed Marcel Brands, previously of PSV Eindhoven, as their new director of football, there was a mix of optimism and scepticism - more down to confusion over the role than suspicions about the man himself.

This signing though is an indication in itself of why it was a good move.

First and foremost, Everton need people at the club who are not guided and blinded by the club's history. It would be easy for someone at the club for years to pick transfer targets and assume quite rightly - based on the team's recent history - that Kean was an unrealistic target.

But Brands was an external figure, and that externalisation of internal goings on can change things. It can offer a new set of eyes and a recognition that things don't have to be the way they were, the way they weren't working. That things can get better.

The money invested into the Premier League from global TV money has for the most part been wasted by teams below the top four. Yeah, they're richer than they were, but how much further are they along their paths than they would've been? Not much further at all, to be honest.

Everton's signing of Kean suggests that for this club at least that the days of sitting back and being risk-averse are over. Everton are a big club and Kean has the potential to be the best striker in the Premier League.

Two years ago they could only have dreamed of signing him. Now that they have, the future looks different, and very bright.