Salah has just 12 months left on his contract

Mohamed Salah has made a decision about his future, according to reports. The Egyptian forward, 30, has 12 months left on his contract with Liverpool, and talks over a new deal have stalled.

Liverpool are understood to be prepared to allow him to leave this summer if a club meets their asking price. Salah, however, is reportedly aiming to stay at Anfield for another season before leaving next summer. 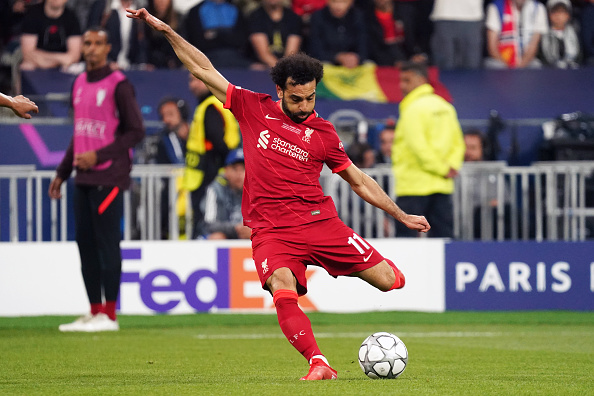 Salah is likely to leave Liverpool on a free transfer at the end of the 2022/23 season, according to The Mirror. The Egyptian forward was in negotiations with Liverpool about a new contract, but the talks appear to have hit a dead end.

END_OF_DOCUMENT_TOKEN_TO_BE_REPLACED

Liverpool are looking increasingly unlikely to meet Salah's demands for a new deal, which means the forward will be available on a free transfer at the end of next season.

The Reds are reportedly prepared to sell Salah this summer if a club meets their asking price of £60m.

If Salah has decided to wait until next year to leave Liverpool on a free transfer, it appears to be a wise decision and one with few drawbacks for either side, especially the player.

The 30-year-old will either receive the contract he wants from the Reds, or he will cash in with a move to another European superpower. 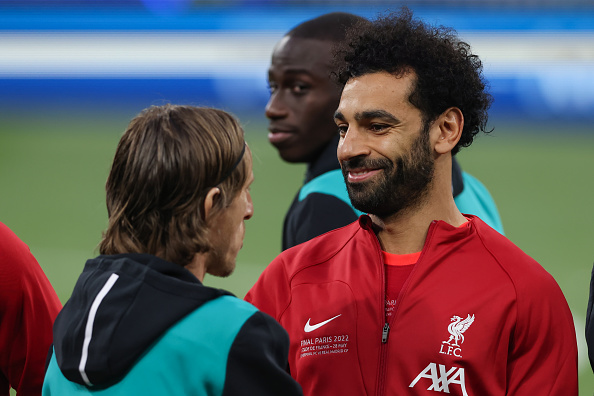 END_OF_DOCUMENT_TOKEN_TO_BE_REPLACED

There has never been a better time to be an elite free-agent footballer, as Paul Pogba, Kylian Mbappe and Antonio Rudiger have proved over the last year.

After six years of mixed performances for Manchester United, Pogba is about to sign for Juventus on a free transfer, where he will undoubtedly receive a hefty signing-on fee and the contract terms he wanted at Old Trafford.

Mbappe leveraged Real Madrid's interest to become the highest-paid footballer in the world at Paris Saint-Germain, where he has complete control over football decisions. Rudiger signed for Real Madrid from Chelsea after letting his contract run down at Stamford Bridge.

Salah, who has been one of the best footballers in the world over the last five years, could do something similar next summer.

Here's what he means to the people of our city... ❤️ pic.twitter.com/wSXyhGzB2H

The Egyptian will be 31 by the time his current deal with Liverpool expires. Yet, Robert Lewandowski, Cristiano Ronaldo and Zlatan Ibrahimovic have proven that an elite forward's powers don't always rapidly decline when they reach their 30s.

Meanwhile, if the player stays, Liverpool will have a world-class footballer in their squad for another season. Jurgen Klopp's team risk losing Salah on a free transfer, but he is arguably more valuable to them in their squad. By Salah remaining with the club, Liverpool will either have another 12 months to find a replacement or they could reach a breakthrough in contract negotiations.

Salah has scored 156 goals in 246 games for Liverpool since joining the club from Roma in 2017.

popular
Antonio Conte 'banishes' four Tottenham players from first-team
University slammed for allowing 'PhD in Masturbation'
‘Time traveller from 2090’ warns humans of worst event in history in coming days
Woman arrested after husband caught her on video allegedly using drain cleaner to poison him
Groom shocks wedding by playing video of his bride cheating with her brother-in-law
Two British men raped in Spain after being 'drugged while out on night out'
Tory leader in shambolic BBC interview saved by even more embarrassing sign on his bookshelf
You may also like
Sport
The reason why Everton won't have the club crest on their third kit
Sport
Gary Neville's Manchester Utd transfer rant in 2014 proves nothing has changed in recent years
Sport
Barcelona could lose summer signings Andreas Christensen and Franck Kessie for free
Sport
Bernardo Silva believes that Manchester City deserve more respect
Sport
Marcelino Nunez scores outrageous panenka penalty, didn't even watch it go in
Next Page