Michael Owen's co-commentary is now the subject of a petition

Since hanging up his boots a few years back, the former England international has featured regularly as a co-commentator for BT Sport. 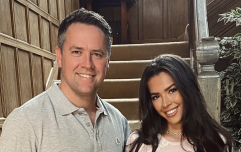 END_OF_DOCUMENT_TOKEN_TO_BE_REPLACED

Unfortunately for him, since embarking on his new career in the media, he's also been the butt of more than his fair share of internet jokes.

With many folk claiming that his observations when commentating are 'obvious', he's been the subject of parody twitter accounts and has had an endless amount of quotes (largely false ones at that) attributed to him.

In the wake of his co-commentary during BT's coverage of Liverpool's Europa League first leg victory over Manchester United, a petition has been set up to try and bring Owen's commentary career to an end.

Incredibly, at the time of writing, the petition has close to 400 signatures.

To be quite honest, we think it's time that people moved on.