Say what you want about Michael Bisping, but the UFC middleweight champion knows how to pick an exciting match-up.

After 10 years of slogging in the world's largest MMA promotion, the Count finally secured that coveted golden strap by knocking Luke Rockhold out cold in the first round at UFC 199.

END_OF_DOCUMENT_TOKEN_TO_BE_REPLACED

With Weidman recovering from surgery and Rockhold undeserving of an immediate rematch in the Brit's eyes, Jacare Souza is probably the most deserving of the next crack at the middleweight crown. However, that's not the fight Bisping is campaigning for.

In his eyes, there are two fights that will draw the most eyes and bank him the most green for his first defence - a rematch against 45-year-old Dan Henderson (what a fairytale that would be) and a historic bout against arguably the greatest of them all, Georges St-Pierre, who has already stated his intention to return to the Octagon. 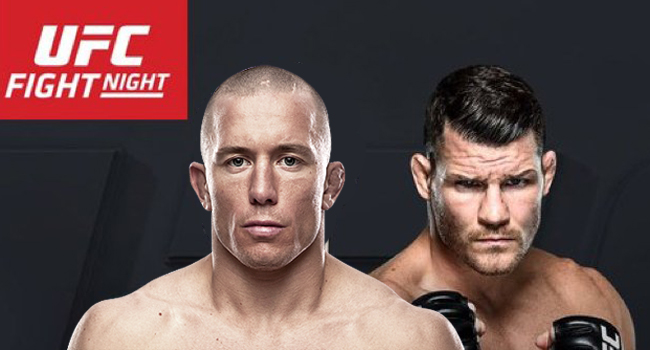 What a time to be alive, folks. Both those fights might actually happen.

One fight which is far less likely to happen is Bisping's fantasy one, which he explained on a recent installment of UFC Tonight.

"I would have to say 'Shogun' in his prime, I was a big fan of 'Shogun' when he was the Pride Grand Prix champion. I always wanted to fight him out of respect. Soccer kicks, head butts are allowed, of course. Stomps to the groin."

END_OF_DOCUMENT_TOKEN_TO_BE_REPLACED

For those of you who are unaware, Shogun was an absolute beast in the PRIDE era, with his only loss in 13 fights in the promotion coming at the hands of former UFC heavyweight champion Mark Coleman.

Shogun soccer-kicked Rampage Jackson until the referee intervened and knocked out Alistair Overeem and Ricardo Arona under the PRIDE banner before signing with the UFC. Facing the Brazilian in his terrifying prime would be a huge test for the Count, but i's one that he wishes, perhaps foolishly, that he could turn back the clock for.