Conor McGregor must be getting used to the feeling of being written off.

While he has only been considered underdog in one of his UFC bouts by bookmakers, cynical pundits have often claimed that he would come unstuck against his next opponent.

He was supposed to meet his match against Dustin Poirier. He was going to be out-grappled by Chad Mendes. And Jose Aldo's experience advantage would finally catch McGregor out.

But, alas, he stopped all three men en route to his featherweight title before he came up short against Nate Diaz in their initial meeting at UFC 196.

And although he was still favoured over his Stockton rival in the rematch in the betting market, most fighters leaned Diaz's way when asked for their prediction but, lo and behold, 'The Notorious' had his hand raised by the end of UFC 202's main event. 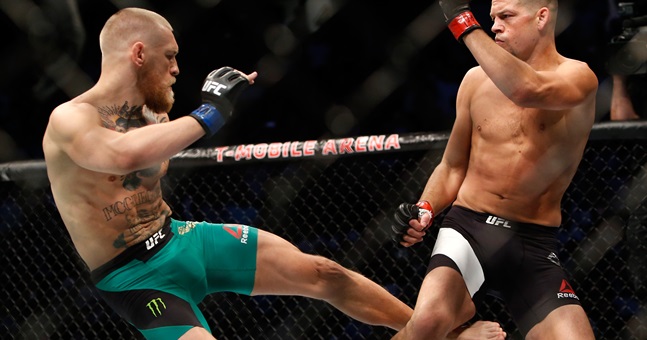 For the Irishman's next outing, lightweight champion Eddie Alvarez is an option that is looking increasingly likely, with McGregor himself remaining non-committal on returning to defend his 145lb title and his coach John Kavanagh insisting that he foresees his star pupil's future away from featherweight.

If the Alvarez bout is booked, it will pose a whole new set of tactical problems for McGregor to solve but Michael Bisping doesn't fancy the chances of his fellow European.

Are you a Conor McGregor fan? Well, if so, Eddie Alvarez has a message for you https://t.co/bDNr6lsbXk

The UFC middleweight champ reckons Alvarez will be a bridge too far for the outspoken Dubliner.

"I think looking at that last fight, he does not want to fight Eddie Alvarez at 155," he told the Daily Star. 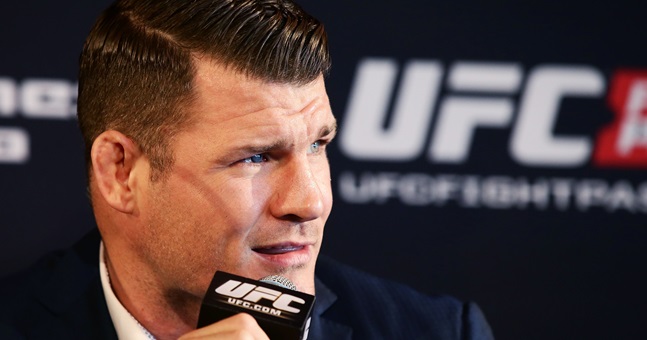 "I think Alvarez kills him man. He’ll just take him down and destroy him.

"I’m not saying that to be mean, I just think stylistically.

"I like Conor. Conor is incredible, he’s done amazing things for this sport. He’s brought so many eyes on to it, he’s making so much money and he’s exciting as hell. He brings excitement."


popular
Bruno Fernandes explains why he let Marcus Rashford have penalty
Meghan Markle reveals that she suffered a miscarriage during the summer
Zlatan Ibrahimović objects to use of his likeness in FIFA 21
Can you get more than 12/15 in this childrens' TV quiz?
Former Leicester defender tipped to turn to cage fighting after retiring from football
QUIZ: Name these 50 Premier League players from the 2000s – #3
QUIZ: How well do you know Karate Kid?