And so the time has come. Mesut Özil is finally set to leave Arsenal to join Fenerbahçe, seven-and-a-half years and three FA Cups after joining the north London club. But he does not leave a hero, nor a villain necessarily. He departs through the back door under a dark cloud and everyone breathes a sigh of relief. Less a messy divorce than a slow, drawn out annulment.

END_OF_DOCUMENT_TOKEN_TO_BE_REPLACED

It had been reported that Özil was demanding the remaining €10m of his contract paid out in full before his move to Fenerbahçe, while the club stood firm and reportedly asked for the money they had paid him for the first half of this season paid back. Unlikely as those rumours may be, the fact they are somewhat believable speaks volumes to the levels of toxicity that have come to define the relationship between the club and a player who, at points, appeared destined to be a club legend.

David Ornstein is reporting that Arsenal have reached an agreement in principle with their former star man, terminating his contract with immediate effect and, should everything go smoothly, allowing him to sign for his boyhood club in Turkey on Monday.

That he is leaving in such a way, ushered out the back door rather than to a standing ovation is a sad reflection on how what was considered to be signing of the summer in 2013, prompting fans to line the streets of Islington in celebration, turned into a nightmare for everyone involved.

In his first season at the Emirates, Özil helped Arsenal win their first trophy in nine years, as they beat Hull City 3-2 to win the FA Cup. This was an Arsenal side with some quality players: Santi Cazorla, Aaron Ramsey, Mikel Arteta, Bacary Sagna, Laurent Koscielny. But they were constantly falling short, living through the second part of the banter era that followed Robin van Persie's departure, and has never truly ended. Özil changed that, he got them winning trophies again.

The relationship he formed with Aaron Ramsey from the very start was possibly the best example of how he transformed the side. In Özil's first season, Ramsey scored 16 goals compared to just two the previous season. Ramsey has never reached a goal tally that high since, with injuries affecting his ability to sustain a long run of form, but his reputation was permanently elevated, in no small part thanks to Özil's ability to pick out his runs with inch perfect passes.

But after Arsene Wenger's departure, Özil's prominence in the side gradually faded until he became a mere footnote and, eventually, a cautionary tale for football clubs in how not to deal with luxury players on bloated contracts. 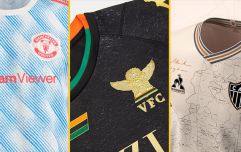 END_OF_DOCUMENT_TOKEN_TO_BE_REPLACED

Unai Emery's arrival meant a greater focus on collective work without the ball and a more automated system, a move away from the off-the-cuff genius Özil had built a career on. And this was not exclusive to Arsenal, the whole sport was moving in that direction, with languid number 10s no longer indulged by elite managers.

At the start of this season, he was excluded from both European and domestic squads. There was no ambiguity about the club's intentions regarding their most costly asset; he would not play for the club again.

Internal politics played a big part, but we should not allow his ostracisation from the first team squad at Arsenal to erase the memories of the world class creator who earned such adulation from a famously demanding fanbase in his early years at the club.

His exit to Fenerbahçe is undoubtedly the best move for all involved. Arsenal rid themselves of a player they perceive to be a negative influence and a clear drain on resources, while Özil gets to end his playing days with the club he loves.

Both parties will now move on and hope to flourish, but after wasting his prime years on the sidelines, Özil and Arsenal's final separation will leave everybody wondering what might have been.