Well, it was a bit of a mad one at Baku!

Max Verstappen and Red Bull were delivered a crushing blow in the Azerbaijan Grand Prix at Baku as the 23-year-old crashed out unexpectedly while leading the race. A gutting moment for Mad Max who currently leads the championship by just four points. 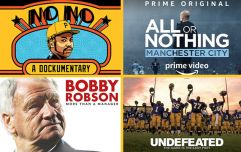 END_OF_DOCUMENT_TOKEN_TO_BE_REPLACED

While the Belgian-born Dutchman looked to be cruising to yet another win in this year's championship - which looks to be the most competitive in some time - the car suddenly whipped out of the racing line, causing him to fishtail and crash into the barrier.

A rear tyre failure and Verstappen slides into the barriers!

The cause of the surprise crash will no doubt see deeper investigation from both the FIA and Pirelli, but the images looked to indicate a clear tire failure. The tire pressure had actually been changed from 19 to 20 PSI the day before and it is said that many of the drivers have expressed their displeasure with the new set-up.

This makes for an interesting development giving the swathe of drivers who had crashed at turn 15 in qualifying, which no doubt factored into the PSI adjustment.

He was not the only driver to have a tire failure problem either: earlier in the race, Aston Martin's Lance Stroll also crashed out with a suspected tire problem. Most interestingly, it was the exact same tire and on a seemingly innocuous straight.

A hefty impact, but he's out of the car and okay 👍 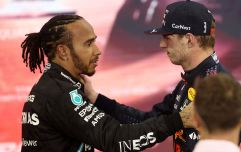 END_OF_DOCUMENT_TOKEN_TO_BE_REPLACED

Watching both crashes, they certainly put the hairs up on the back of your neck and we're just glad that both drivers walked out safely. It's easy to forget that these guys are travelling at 200+ miles per hour.

The FIA also called in to say that there was no data on any indication of a problem when the accident(s) happened and, as such, they recommended a red flag to ensure no other drivers were put in danger.

There was a long debate as to whether the race would continue and the second safety car was also some cause for controversy, with the drivers being criticised for not slowing down enough upon seeing the double yellows.

Ironically, the commentators had joked "safety car begets safety car" following the first crash - turns out they were right. Fortunately, the race did carry on but Max will no doubt be crushed in having a crucial victory snatched from under him through no fault of his own. 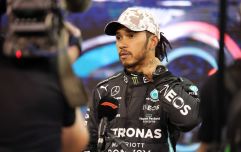 END_OF_DOCUMENT_TOKEN_TO_BE_REPLACED

Not all hope was lost for Red Bull though as Max's teammate Checo Perez lead the restart after having shown some really impressive pace all day.

Not only did the Mexican go on to win the race for the constructors - just his second GP win ever - but Hamilton also went on to bottle an easy podium after his brakes overheated and he ended up finishing dead last.

Looks at those brakes!

Take another look at that 𝗪𝗜𝗟𝗗 restart

So, a huge let-off for Max after a huge letdown on the technical side of things. Still, it made for one of the best watches this season, albeit a bit nervy at times. Anyone else chuffed to see Vettel back on the podium?

It was a pretty hairy affair at Baku a few seasons ago and, thankfully, we got just as good a race this year too. This F1 season looks like it could go right down to the wire - let's hope so!

popular
Referee who made AC Milan mistake was 'in tears' and 'state of shock' after the game
QUIZ: How many of the most successful football teams can you name, without making a mistake?
Tickets for UFC London are about to go on sale
Line of Duty stars reprise roles to slam Boris Johnson in brutal AC-12 interview
Boris Johnson ditches mask mandate and work from home advice in covid update
Music festival line up labelled 'wet dream for emos from 2000s'
NFL star concedes rugby is 'tougher and more athletic' than American Football
You may also like
News
Lewis Hamilton knighted by Prince Charles days after F1 heartbreak
Sport
Explained: The exact FIA rules F1 race director Michael Masi is accused of breaking
Sport
Lewis Hamilton set to be knighted this Wednesday
Sport
Christian Horner jokingly promises Nicholas Latifi a lifetime supply of Red Bull
Sport
Hamilton’s brother slams FIA as a 'disgrace to the sport' after Verstappen clinches title
Next Page