"A rising tide raises all ships!"

Conor McGregor is running back his UFC 178 match-up against Dustin Poirier this weekend, and says he is open to doing the same with Max Holloway.

END_OF_DOCUMENT_TOKEN_TO_BE_REPLACED

Holloway is a former UFC featherweight champion but he dabbled in the 155 lbs division in 2019, when he took on Poirier for the interim lightweight belt, only to lose via unanimous decision.

Holloway, who was featherweight champ at the time, then dropped back down to his own division to see to Frankie Edgar before losing his belt, and a rematch, to Alexander Volkanovski. Many contend that Holloway got the better of the Australian in their run-back but he was forced to bide his time before getting another crack at the belt. 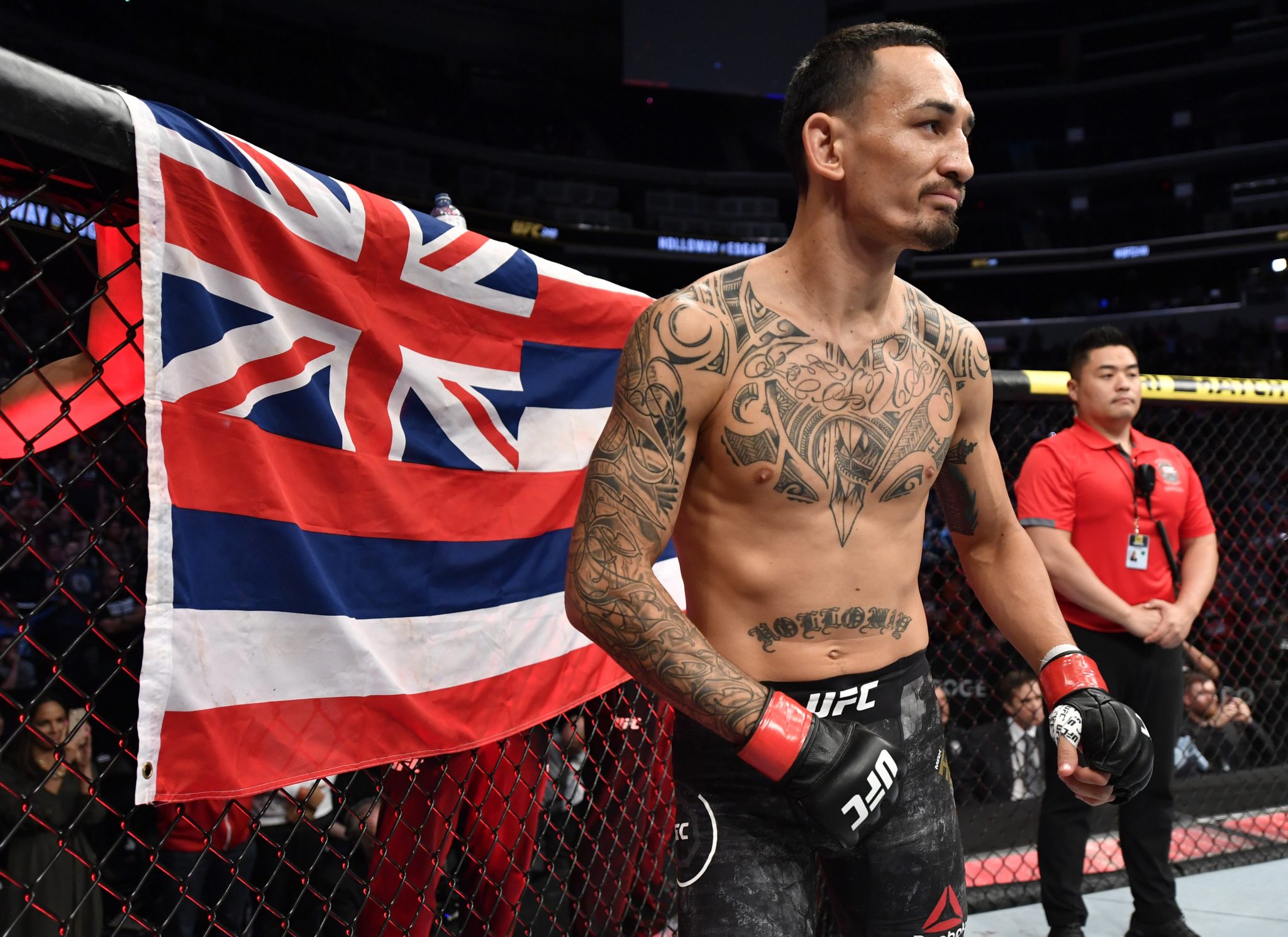 Max Holloway is back on a winning run after his featherweight clashes with Alexander Volkanovski. (Credit: Getty Images)

Last Saturday's bout with Calvin Kattar was as one-sided as you are ever likely to see in a five-round contest. UFC president Dana White was not the only one who felt the fight could have been stopped after the third round, but Holloway kept his foot to the floor and dominated all five rounds.

Following the fight, the Hawaiian told everyone watching that he was more than happy to hang around Abu Dhabi just in case any misfortune befell McGregor or Poirier ahead of their UFC 257 headliner. McGregor looks in good shape before that Poirier fight, but he has been keeping tabs on Holloway.

"It was a solid performance from Max," McGregor told The Mac Life. "He fought an up-and-comer."

END_OF_DOCUMENT_TOKEN_TO_BE_REPLACED

"I was actually doing an interview there and he skate-boarded past the window. I was like, 'Is that Max Holloway?!' So he's obviously hanging around and, yeah, fair play to him. More power to him.

"He's definitely in the pipeline for a bout against me; for sure. I would happily rematch Max and, after a performance like that, he's put himself right up there."

McGregor says that if there were to be a rematch, it would be at 155 lbs and not at featherweight, where they collided in 2013 at TD Garden in Boston.

The Irishman blew out his knee during that fight but wisely switched up to a take-down and grappling game that saw him emerge the unanimous points winner.