Mauricio Pochettino has refused to rule out a move to Real Madrid just over one week after signing a new five-year deal to remain at Tottenham Hotspur.

Pochettino signed a five-year extension with the Premier League side last week but he is still the early favourite to replace outgoing Madrid manager Zinedine Zidane.

END_OF_DOCUMENT_TOKEN_TO_BE_REPLACED

MARCA report that early talks have taken place between the former Argentina defender and Madrid, and while Spurs hastened to make clear that Pochettino has no buyout clause in his newly signed contract, few clubs have deeper pockets than Real Madrid.

Pochettino refused to rule out a move to the Spanish capital this week telling Spanish newspaper AS that he has to let 'football take him wherever' it is that he is meant to go to in his management career.

“I live in the present, there is nothing more important than this. I enjoy what is happening and what has to be, will be," he told Spanish newspaper AS.

“[Former coach] Jorge Griffa told me once that I have to let football take me wherever, to not get bogged down in trying to change my own destiny." 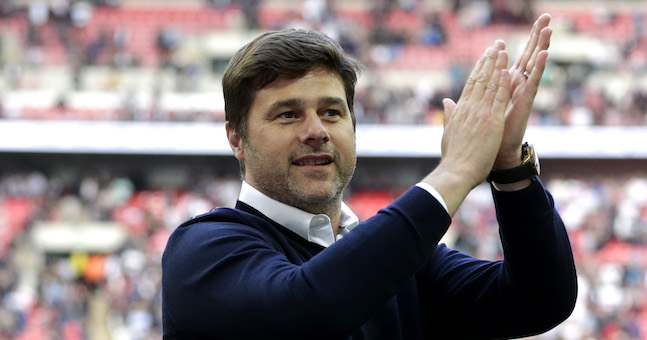 Last week, Pochettino said that he was honoured to extend his stay in North London and that he's looking forward to leading Spurs into their new stadium next season.

"I am honoured to have signed a new long-term contract as we approach one of the most significant periods in the Club's history and be the manager that will lead this team into our new world-class stadium," said Pochettino.

"This is just one of the factors that makes this one of the most exciting jobs in world football and we are already making plans to ensure we continue to build on the great work that everyone has contributed to over the past four years.

"Daniel and I have spoken at length about our aspirations for this football club. We both share the same philosophies to achieve long-term, sustainable success.

"This is a special club - we always strive to be creative in the way we work both on and off the pitch and will continue to stick to our principles in order to achieve the success this club deserves."

One week is a long time in football...