Marco Materazzi finally admits what he said to Zinedine Zidane

Marco Materazzi has confirmed what he said to Zinedine Zidane in the the 2006 World Cup final.

The Italian defender was on the end of the infamous headbutt from Zidane in extra-time of the final against France. 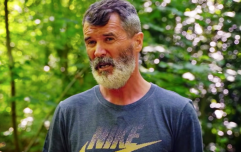 END_OF_DOCUMENT_TOKEN_TO_BE_REPLACED

Zidane had dragged the French team to the final, scored a penalty in the final and would hang-up his boots after the game. His final act as a professional footballer was to knock Materazzi to the ground, after an exchange between the pair.

The former Real Madrid midfielder was sent-off numerous times in his career, but the consensus was that it must have taken something serious to make him lash out in such a way in the biggest, and last, game of his career.

Materazzi, 10 years to the day after the event, has confirmed to L'Equipe exactly what he said, calling his words "stupid."

"Since that day, I received interview requests from around the world," the World Cup winning defender said.

"I decided to publish a book about this event because everyone asked me what I had told him (Zidane) to react like that. My words were stupid but did not deserve that reaction. In any neighbourhood of Rome, Naples, Turin, Milan Paris, I hear much more serious things."

“I talked about his sister not his mother, like I have read in some newspapers. My mother died while I was a teenager, I would never insult his.”

Materazzi also claimed that he was baffled that the incident garnered so much attention, and doesn't want to be remembered for being the man Zidane headbutted.

"I do not understand why this story reached such large proportions. The only thing I want to remember are my two goals in the final."

popular
Newcastle sponsorship deals to be blocked after Premier League clubs hold emergency meeting vote
Salt Bae's London restaurant is being flooded with negative reviews
Outcry after woman sentenced to four years for miscarriage of 17-week-old foetus
Weird 'blacked out' island on Google Maps sparks wild conspiracy theories
Guy injects magic mushrooms into his veins and they started growing in his blood
A definitive ranking of every swear word from worst to best
Will Young says Grand Tour's Richard Hammond is ‘the worst’ for ‘homophobic jokes’
You may also like
Sport
Zinedine Zidane did not say goodbye to Gareth Bale
Sport
Zinedine Zidane says Gareth Bale "didn't want to play" against Manchester City
Sport
Gareth Bale's Real Madrid plight shows that when a big club wants you gone, you're gone
Sport
World Cup Moments: Zidane bows out in 2006
Sport
QUIZ: How well do you remember Zinedine Zidane's playing career?
Next Page