Elite-level poker requires a few things. Among them are concentration, focus and a desire to win at all costs.

This is why a number of top-level sportsmen have crossed over to the felt, with Neymar chief among them. 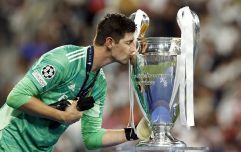 END_OF_DOCUMENT_TOKEN_TO_BE_REPLACED

Gerard Piqué is another who has shown aptitude in both fields, but when asked about which of his teammates are best at the game, the Spaniard's Barcelona team-mate didn't even crack the top three.

Piqué, who once took on dozens of pros in a €5,000 buy-in tournament and took third place, instead claims Spain team-mates David de Gea and David Silva and former Barcelona man Eidur Gudjohnsen have been among his toughest opponents.

Speaking at the PokerStars.com EPT Barcelona, where he has been playing in a €25,500 high roller tournament, Piqué said Premier League pair De Gea and Silva were regular winners whenever the Spain squad played amongst themselves. 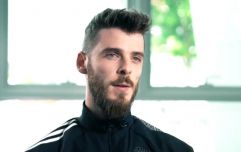 END_OF_DOCUMENT_TOKEN_TO_BE_REPLACED

He plays with club and international teammates (for fun, not for money), and - as with the professional poker world - the cream tends to rise to the top.

"I'm trying to think of the best ones because we play with 15 players and it's always the same ones that win," he said.

"For example in the last Euros we had a lot of free time in the hotel and playing poker is a great way to have fun when we have spare time." 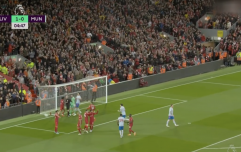 De Gea and Alexander-Arnold square up during Liverpool goal celebration

END_OF_DOCUMENT_TOKEN_TO_BE_REPLACED

Piqué seems to have enough self-awareness to recognise the similarities between poker and football, qualities which have helped teammate Neymar excel at both.

"During a match you have to make decisions that are risky and some are not on the pitch [and this] is the same as poker," he explained.

"You need to evaluate the risk and think about the reward."