He played in the World Cup final four years ago.

Manchester United and Argentina goalkeeper Sergio Romero has been ruled out of the World Cup due to injury.

Romero was set to be his country's number one at the tournament in Russia, but will play no part after picking up a knee injury and will undergo surgery.

Sergio Romero out of the World Cup. No doubt about it now, surely. Franco Armani first choice?

The 31-year-old has been second-choice goalkeeper since moving to Old Trafford on a free transfer in 2015. He has played just 38 times in three years for United but was part of the team which won the Europa League last season, proving a capable deputy for David de Gea.

END_OF_DOCUMENT_TOKEN_TO_BE_REPLACED

Romero has been a key player for Argentina. He is the most-capped goalkeeper in the country's history with 94 appearances for the national team. He was part of the Argentina side which lost the 2014 World Cup final to Germany. Romero was also in goal when Argentina lost to Chile in back to back Copa America finals in 2015 and 2016 respectively. 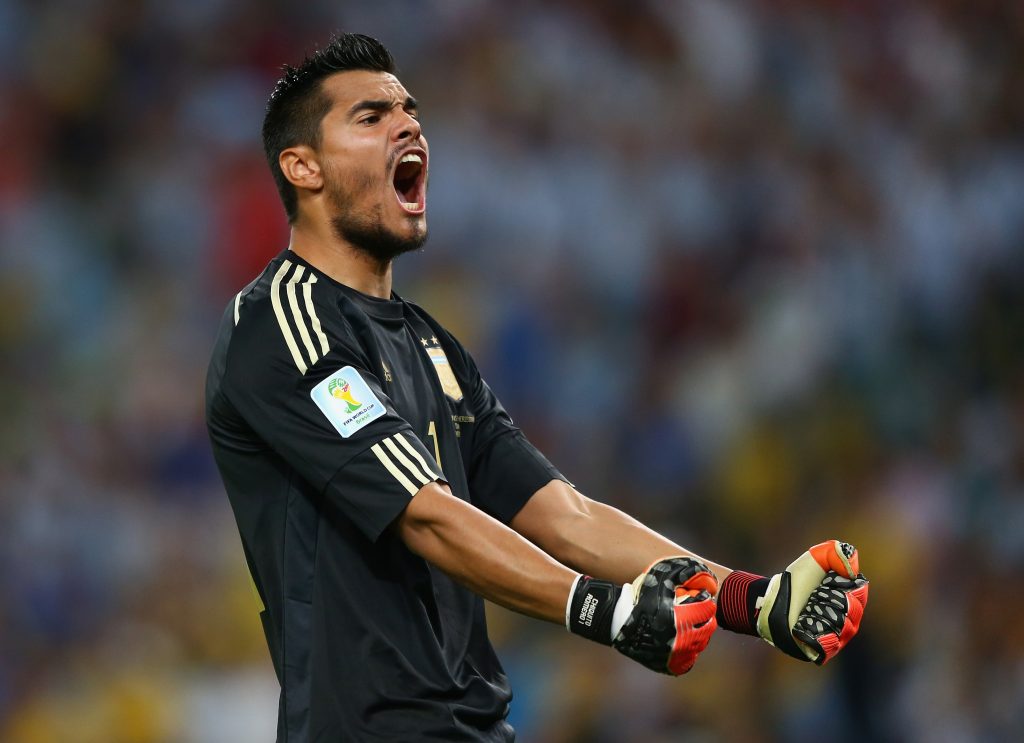 Chelsea's Willy Caballero has only played twice for Argentina - one of those games was a 6-1 loss to Spain back in March - and Franco Armani of River Plate has yet to earn a cap for the national team. Nahuel Guzman, who plays for Mexican side Tigres, has been called into the squad as Romero's replacement.

Argentina are in Group D at the World Cup, alongside Iceland, Nigeria and Croatia. They begin their campaign against Iceland on June 16.