Regardless of who you support, you can't possibly say that wasn't a penalty.

Jose Mourinho made a big call in dropping Paul Pogba for Manchester United's clash with Huddersfield, for sure, but it still offered academy graduate Scott McTominay an excellent opportunity to prove himself.

The 21-year-old has been integrated into the first-team by Mourinho after making his senior debut against Arsenal at the end of last season, including being handed a start in the Champions League as well as signing a new contract that keeps him at Old Trafford until 2021.

Against Huddersfield, his composure and metronomic presence belied his tender years, keeping United's passing moves ticking along in a steady manner that was a radical departure from Pogba's much more flamboyant qualities.

And McTominay should have won his side a penalty, too, inexplicably being waved away despite being utterly poleaxed by Huddersfield full-back Terence Kongolo. With the ball in the air, McTominay went in and got his head to it before being clattered by the Dutchman. Kongolo was nowhere near winning the ball and the manner in which he collided into the young midfielder was reckless, yet referee Stuart Attwell decided not to award United the spot-kick. 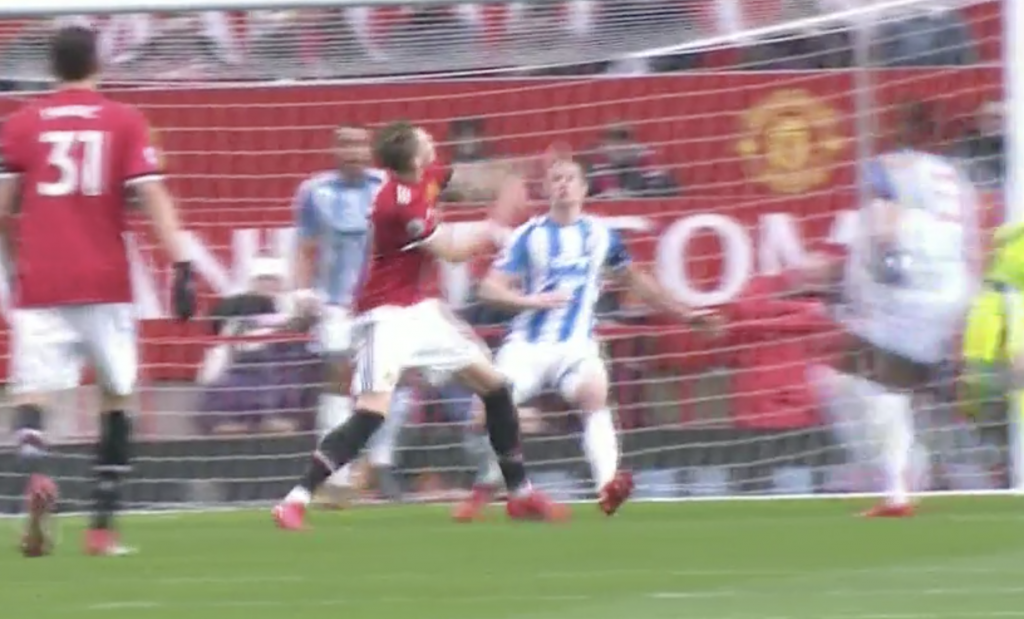 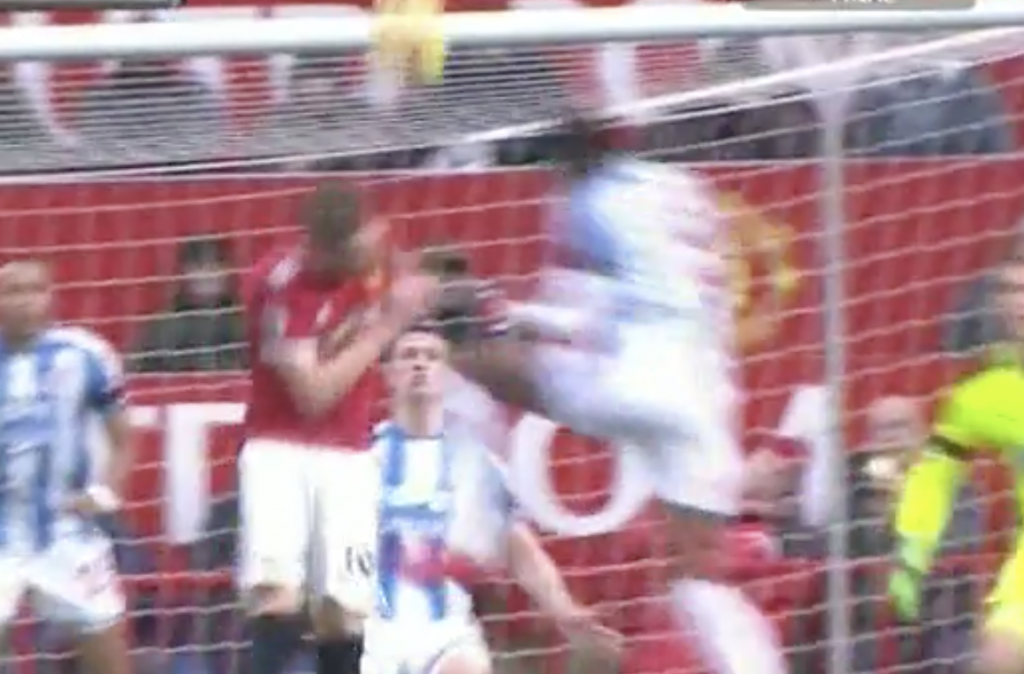 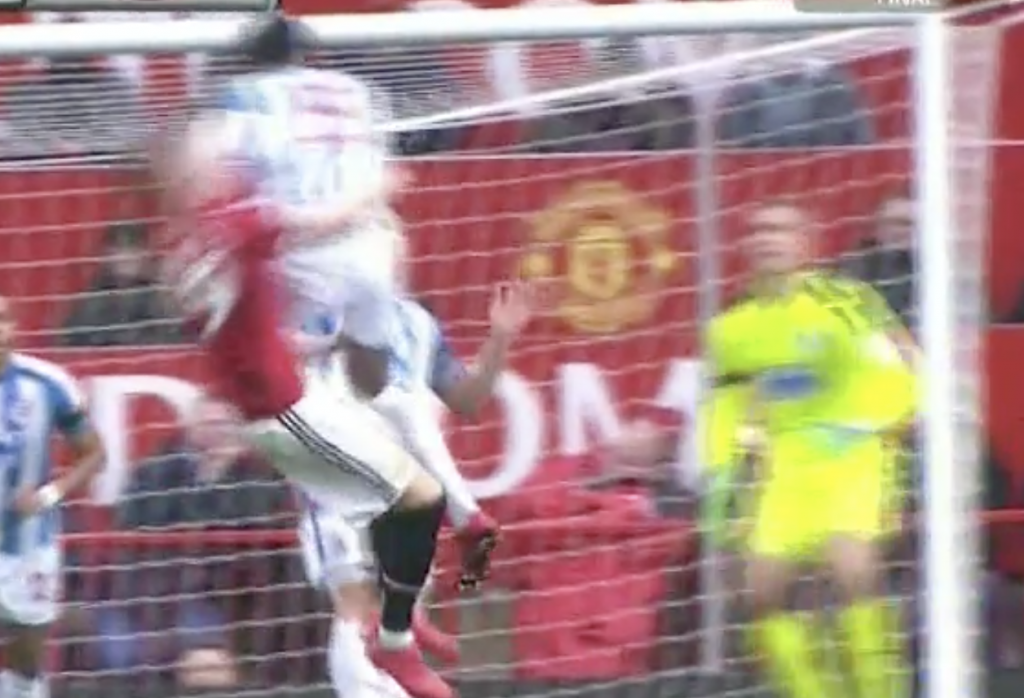 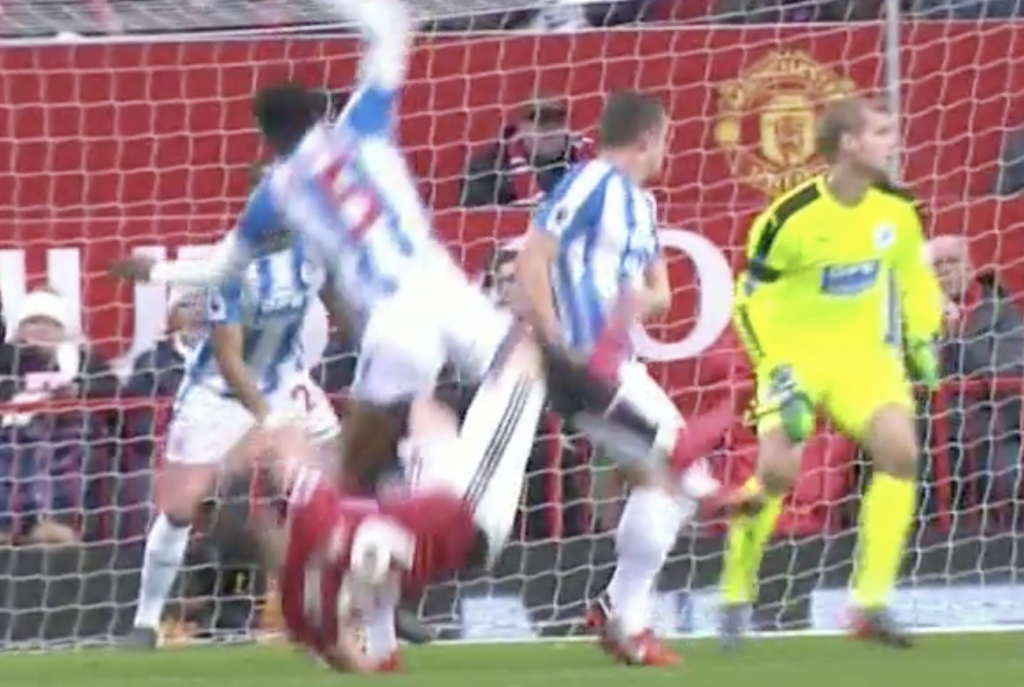 It was a blatant penalty and certainly sparked a strong response on Twitter. It should be noted that there were suggestions of a foul on Huddersfield goalkeeper Jonas Lossl, but it was nothing like Kongolo's aerial assault on McTominay.


McTominay deserves a penalty for that. Kongolo just crushes him. Wow

Kongolo charged into McTominay then. Completely flattened him. Should have been a penalty. Not even a free kick. Huddersfield annoyed at challenge on keeper before that.

If that’s not a penalty for McTominay, then nothing is. Absolutely moronic challenge by Kongolo.

McTominay is poleaxed inside the area but Attwell doesn't give a foul. Seconds later blows up because he has a head injury, Clear penalty. #mufc

popular
Deep fake meme lads sing sea shanty that will make you want to abandon your childhood sweetheart and circumnavigate the globe
The JOE Friday Pub Quiz: Week 226
QUIZ: Identify which of these 50 players played with Wayne Rooney
QUIZ: How well do you know Cool Runnings?
Pimlico Plumbers boss announces 'no vaccine, no job' policy
The hardest Marvel Cinematic Universe quiz you will ever take
Police officer spat at while on duty tests positive for Covid-19
You may also like
News
Marcus Rashford thanks M&S for boosting School Meal Vouchers to £20
Sport
Gary Neville apologises for his commentary during Burnley vs Man Utd
Sport
Harry Maguire furious as Robbie Brady avoids punishment for Cavani challenge
Sport
Arsene Wenger claims he 'did not see' Pizzagate, blames Man Utd
Sport
Four senior Manchester United players likely to leave before January ends
Next Page