Manchester United have, so far, experienced a difficult transfer window, with positive news in short supply.

END_OF_DOCUMENT_TOKEN_TO_BE_REPLACED

The Red Devils, under new manager Erik ten Hag, have yet to land any new players and have watched on as so-called rivals Manchester City, Liverpool and Tottenham Hotspur conduct their transfer business with minimum fuss.

Man United, however, appear to be moving closer towards signing Frenkie de Jong and Christian Eriksen, with Ajax winger Antony also said to be among their transfer targets. 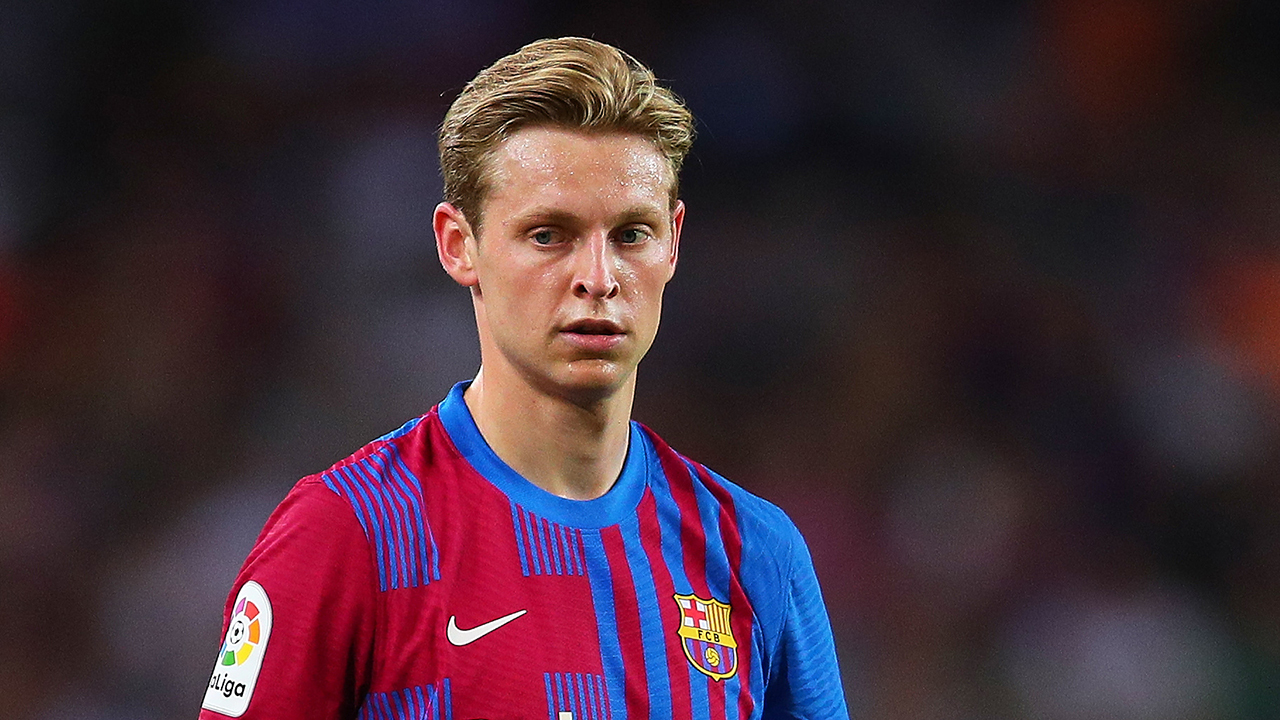 END_OF_DOCUMENT_TOKEN_TO_BE_REPLACED

In a club beset by issues, it appears that Man United are, at least, on the verge of potentially fixing one glaring problem that has afflicted them for years - their misfiring midfield.

According to multiple reports, the Red Devils are inching closer to signing Frenkie de Jong from Barcelona for a reported £68m (€79m).

Christian Eriksen is also said to be leaning towards joining Man United after Tottenham Hotspur backed away from a proposed move. The Danish midfielder, 30, is available on a free transfer after his six-month contract with Brentford expired.

Should Man United sign the pair, the club will have acquired two of the most talented midfielders in Europe in the same window. 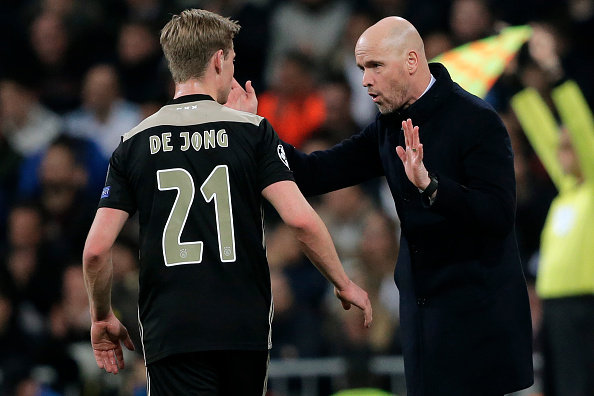 END_OF_DOCUMENT_TOKEN_TO_BE_REPLACED

De Jong is a multi-skilled player who can play in any midfield role. He is a tactically intelligent footballer, excellent at reading the play, passing the ball between the lines and dribbling forward.

So, that means, he is one of the best midfielders in the world at successfully dribbling forward with the ball, receiving passes in tight areas and he has an eye for goal.

The Dutch international could play as a number 8 for Man United, which was predominately his position for Barcelona as Sergio Busquets is the team's deepest-lying midfielder.

For Man United, Ten Hag may use him in the deeper position given the lack of alternatives. 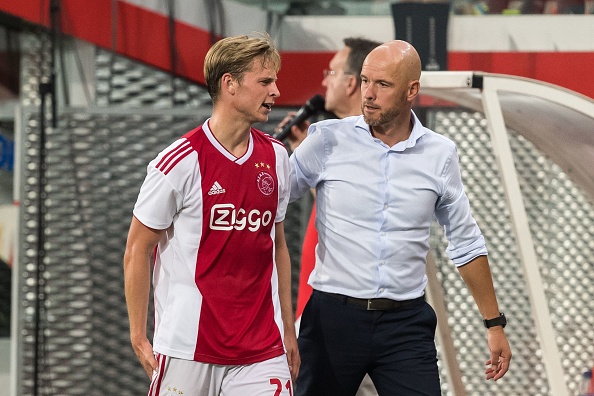 Ten Jong appears tailor-made for the number 6 position for Man United. The Dutch international could be Man United's pacemaker, the one to start passing moves and get the ball off the central defenders.

If the Red Devils do manage to sign him, De Jong will be their first elite deep-lying midfielder since Michael Carrick.

Manchester United are discussing internally about submitting a new proposal for Frenkie de Jong in the next days. It’s a serious possibility, while talks with Barça are still on. 🚨🇳🇱 #MUFC

Ahead of De Jong, Man United could start the season with Christian Eriksen and Bruno Fernandes.

Eriksen, like De Jong, is comfortable playing in several different positions. The Dane can play as a central midfielder, as a number 10 behind a central striker or in a wide forward position. Eriksen played 102 games for Tottenham Hotspur on the flanks, where he scored 18 goals and registered 22 assists. So, he could be an option on the left or the right for the Red Devils.

Ten Hag, however, may be more likely to use Eriksen in central midfield, where he played the majority of his games for Brentford last season. The former Inter Milan star played nine times in midfield for the Bees and registered four assists in those games. 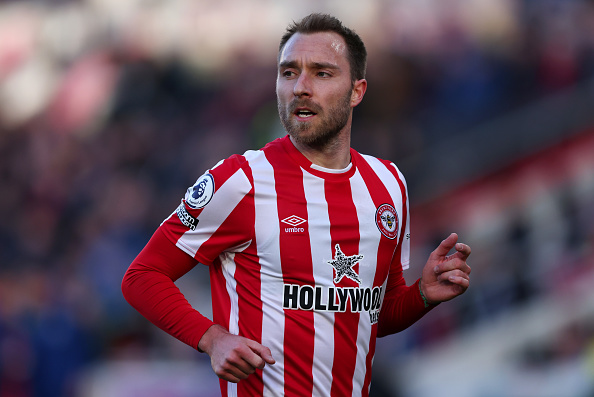 Eriksen is quite similar to Bruno Fernandes in some ways. The pair, however, could potentially dovetail well together as number 8s in Ten Hag's midfield. If not Eriksen could be used in a wide forward position.

Should Man United complete the two transfers, the club would partly have addressed a glaring issue in the team - their midfield. There is no guarantee that all three in this midfield will gel, and it is a squad game so Donny van de Beek, Fred and McTominay will still be used. Yet, United's midfield would look much healthier than it has for some time.

James Garner, meanwhile, impressed on loan with Nottingham Forest last season and may be given an opportunity under Man United's new manager. 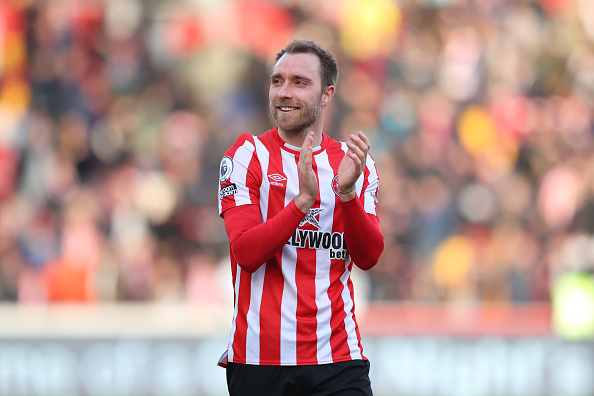 How Man United may look under Ten Hag

As it stands, on the first day of pre-season, and if Man United were to land their reported top transfer targets - Frenkie de Jong, Christian Eriksen and Ajax winger Antony - this could be how the Red Devils line out on the first day of the new Premier League season.

Brazilian winger Antony, 22, scored eight goals and registered four assists under Ten Hag for Ajax last season. He is reportedly the club's next priority after they sign De Jong and would add more quality in the forward positions. 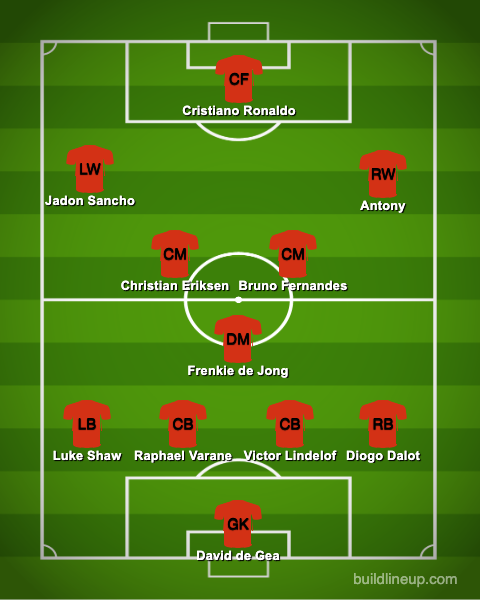 At the back, however, there are still areas that need to be addressed. Ten Hag is one injury away from having to play Aaron Wan-Bissaka at right-back and Diogo Dalot has yet to fully convince in the position.

In central defence, Man United need to strengthen, with none of their defenders excelling during a difficult campaign last season.  While, up front, the noises around Cristiano Ronaldo wanting to leave Old Trafford this summer are unlikely to go away.

However, if Man United manage to sign midfielders Eriksen and De Jong, it will undoubtedly improve the quality of the squad and be a big step towards fixing a long-standing problem position.