If they wrap up Grealish and Kane in the same window, we might as well hand them the title now

According to the ever-reliable Fabrizio Romano, Manchester City are preparing a fresh bid for Spurs striker and last season leading scorer and assister, Harry Kane.

Romano reports that City are set to break their recently set British and Premier League record signing of Jack Grealish for £100 million with a £150m bid for Kane.

EXCL. Manchester City are not giving up on Harry Kane deal. Man City board preparing a new bid for €150m - if Spurs stance will change 🔵🏴󠁧󠁢󠁥󠁮󠁧󠁿 #MCFC

Tottenham have not received any new proposal for Kane yet, and want to keep him - Man City strategy is to be ready... and wait #THFC pic.twitter.com/XoUwTU3QmL

While the 28-year-old's future has been uncertain for some time now - a club having been more seriously linked with him for the past few seasons - it was always going to be a case of what magic number would make Daniel Levy accept. 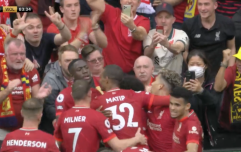 END_OF_DOCUMENT_TOKEN_TO_BE_REPLACED

Tottenham's position is clear: they do not want to sell their talisman and Kane has reassured he will not try and force a move, despite the suggestion that he had skipped training to agitate a move last week. He has made it clear that he wants to start winning trophies and is a few years behind on that target already, in truth, so this transfer window could be crunch time.

Manchester City reportedly have no interest in signing an alternative to Harry Kane, with the Spurs striker their only remaining target this summer pic.twitter.com/9ClTp5vYmM

Pep Guardiola has been pretty vocal in his praise of Kane and they are still looking for an outright replacement for Aguero. There had also been reports that City were willing to offer a player plus cash in exchange for the England captain's services but who knows what it will take to tempt the infamously stubborn chairman.

On the other hand, Spurs have made a couple of singings in Sevilla's Bryan Gil and Cristian Romero from Atalanta - could this be in anticipation of their star man finally getting the move he wants?