It's City vs Spurs in the final

Manchester City were deserving winners over their rivals but it took a grim defensive lapse from Harry Maguire to book their passage to the Carabao Cup Final.

END_OF_DOCUMENT_TOKEN_TO_BE_REPLACED

Maguire was caught napping at the back post after both Paul Pogba and Marcus Rashford failed to get a head on an in-swinging Raheem Sterling free-kick.

City had dominated possession in the first half but the closest they had come to breaking the deadlock was an offside Phil Foden strike and a Kevin De Bruyne pile-driver that rattled the post. United were very organised, in return, with Bruno Fernandes drawing a flying save from Zack Steffen in the City goal. 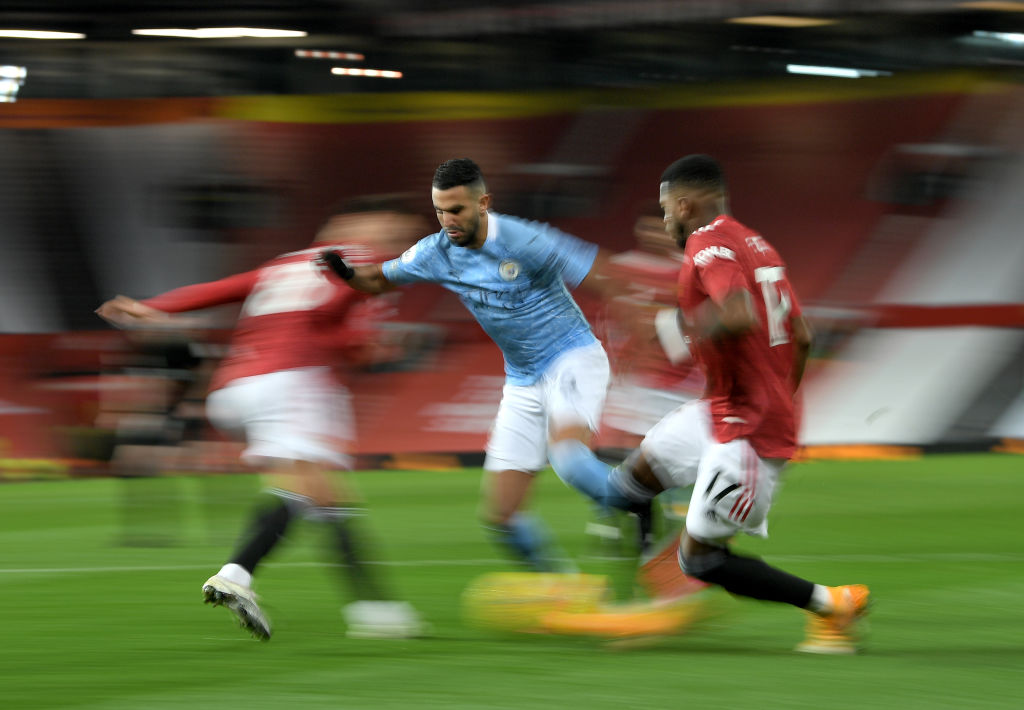 Ole Gunnar Solskjaer would have been encouraged by the final stages of the first half, but all his side's hard work was undone when City edged ahead after 50 minutes.

There was a VAR check for handball but replays showed Stones had nudged the ball home with his thigh. Maguire would not be keen on seeing replays of this.

Maguire clearly with an eye on CNN here instead of the ball pic.twitter.com/aMaX9u4eNQ

As United came out of their shell, in search of an equaliser, it left space at the back that City exploited to create more chances. Foden tested Dean Henderson from range while Riyad Mahrez brought out the best of the United goalkeeper with a rising drive.

END_OF_DOCUMENT_TOKEN_TO_BE_REPLACED

Solskjaer replaced Scott McTominay with Mason Greenwood, on 75 minutes, but it was City that were to draw blood again. United thought they had cleared the danger when a City corner was headed away, but Fernandinho was waiting outside the box and his crisp strike zipped in and left Henderson watching helplessly on.

The final 10 minutes saw Anthony Martial have a second penalty appeal waved away and Donny van de Beek thrown on for a derisory cameo of three minutes.

Another semi-final for Solskjaer's United and another defeat. For City, meanwhile, they are looking back to their best.