If you watched his last game, you'd have to say this is good news for Liverpool fans.

Willy Caballero looks set to retain his place in goal for Manchester City in Sunday's League Cup final against Liverpool.

END_OF_DOCUMENT_TOKEN_TO_BE_REPLACED

Cabeallero has started all of City's cup games this season, but there'd been calls for Pellegrini to select first choice Joe Hart for Sunday's final following Caballero's sub-par performance. 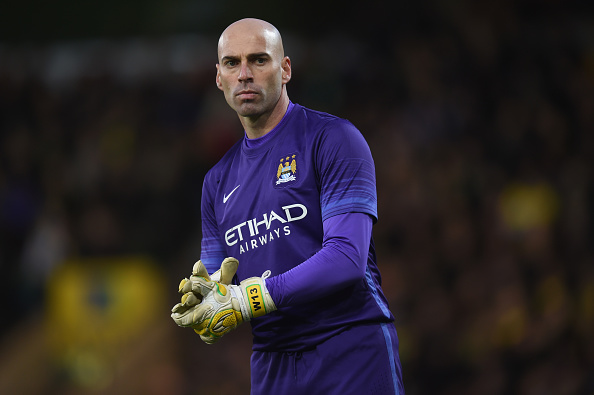 However, according to the Guardian, Hart will be on the bench for the final, arguably providing Jurgen Klopp's side with something of a boost.

"It is my desire to play in this final and I am ready," Caballero said.

"It is up to the boss what he does with his starting XI. All the other players are waiting too. I think it’s a question for Manuel. I have to accept whatever decision he makes. But I've played every game in this cup. I'm sure he'll make the correct decision."

A lot of Liverpool fans would say Pellegrini has indeed made "the correct decision."