Liverpool fume over penalty appeals as Danny Ings haunts them

The Saints were fully deserving of their first-half lead but the league champions threw the kitchen sink thereafter and were left fuming after two good penalty calls were swiftly dismissed.

END_OF_DOCUMENT_TOKEN_TO_BE_REPLACED

Danny Ings put Southampton 1-0 ahead after only two minutes when he ghosted in behind the Liverpool defence after Thiago Alcantara gave away a free outside the box. Ings timed his run well and hooked a shot in off the far post when Trent Alexander Arnold missed the ball completely.

Sadio Mané curled over with his side's best chance of the first half while Theo Walcott spurned a great opportunity to put Moussa Djenepo through one-on-one.

Stuart Armstrong was pulling the strings in midfield and Liverpool were fortunate to go in only 1-0 down when sub Nathan Tella was just wide after leaving Alexander Arnold and Fabinho for dead and curling an effort on goal. 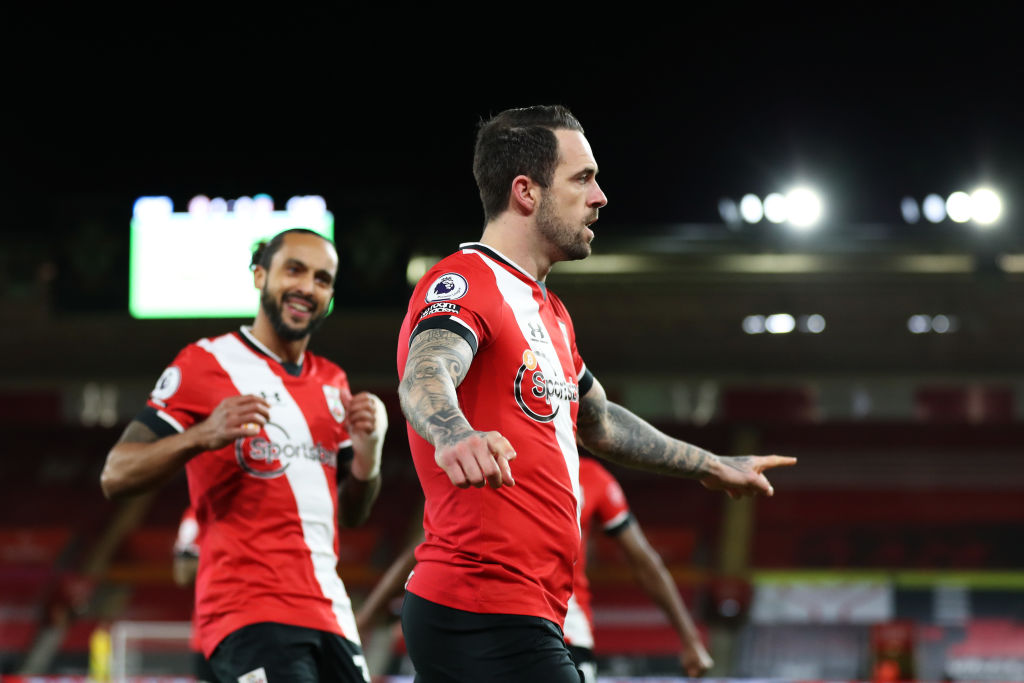 END_OF_DOCUMENT_TOKEN_TO_BE_REPLACED

The second half was all about Liverpool and they upped the ante to get back in the game. The Reds felt they should have had a penalty when, on 50 minutes, Gini Wijnaldum's shot thwacked off the hand of a stretching Jack Stephens.

Referee Andre Marriner waved away the Liverpool appeals and although VAR may have called it in the favour of Jurgen Klopp's side, earlier in the season, it was not to be at St Mary's.

After Stephens slid in to block a goal-bound Mané effort, minutes later, and this time legitimately, there was another Liverpool shout for a penalty.

Mané raced into the Southampton box and was looking to get around Kyle Walker-Peters. The Saints defender had a nibble but did not get the ball. Mané tried to run on but, with the ball going out of play, he fell to the ground. That slight hesitation probably weakened his case and Marriner waved that one away too.

END_OF_DOCUMENT_TOKEN_TO_BE_REPLACED

Liverpool pressed and pressed but Southampton's rearguard effort was impressive, with Fraser Forster sweeping up well when any dangerous through-balls came from the likes of Alcantara, Andy Robertson or James Milner.

The hosts could have wrapped up victory, on 82 minutes, when Yan Valery beat the on-rushing Yan Valery to the ball and nutmegged the Liverpool goalkeeper. His effort was tame enough, though, to be cleared away a couple of yards before crossing the Reds' goal-line.

popular
Man accidentally paid 286 times his salary resigns and disappears
Jordan Peterson suspended from Twitter over Elliot Page comment - says he won't apologise
The JOE Friday Pub Quiz: Week 301
Man escapes from inside dead cow by crawling out its bum in 'incredibly difficult' stunt
Liam Gallagher is getting rinsed for endorsing Clarks but the collaboration makes perfect sense
Why R Kelly got jailed for ten years more than Ghislaine Maxwell
Alison Hammond has Dermot O'Leary in hysterics after apologising for 'all that juice bouncing around' during hot lap
You may also like
Sport
How Carlo Ancelotti is 'plotting' to salvage Eden Hazard's Real Madrid career
Sport
Gerard Pique 'asked for Spain match to be moved' so he could watch
Sport
Mike Dean comes out of retirement to become Premier League VAR official
Sport
Fans react to Tottenham Hotspur's 'brilliant tease' for Richarlison signing
Sport
Richarlison 'wouldn't get into Arsenal's starting XI', claims ex-Gunners star Jack Wilshere
Next Page