Liverpool lose dramatic game, but everyone only wants to talk about one thing

Liverpool have suffered a shock loss to bottom of the table Swansea City.

Jurgen Klopp's side lost an unpredictable game in frustrating circumstances that could signal the end of their title ambitions.

Two goals from Fernando Llorente gave Swansea a 2-0 lead just after the second-half resumed. Roberto Firmino then scored a brace and the score was level with 20-minutes to play. 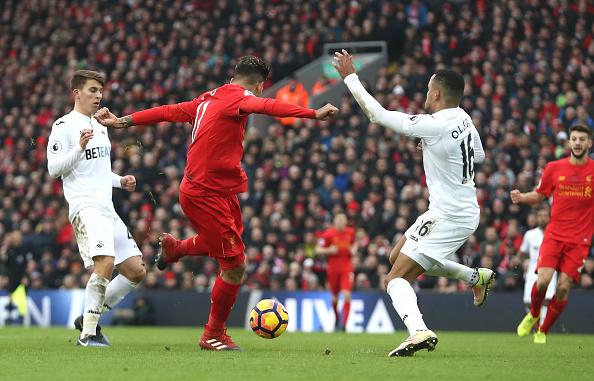 But the Liverpool defence had a collective brain fart and Gylfi Sigurdsson slotted home with 16-minutes to go. Swansea held-on and moved out of the relegation zone.

In search of an equaliser, Klopp sent-on Joel Matip in stoppage-time. The 6'5 central defender went forward and Liverpool attempted to hit long passes towards him and pick-up the second ball.

Such direct tactics are common when a team is trying to salvage something from a game, and Klopp was arguably correct to instruct his team to play direct. 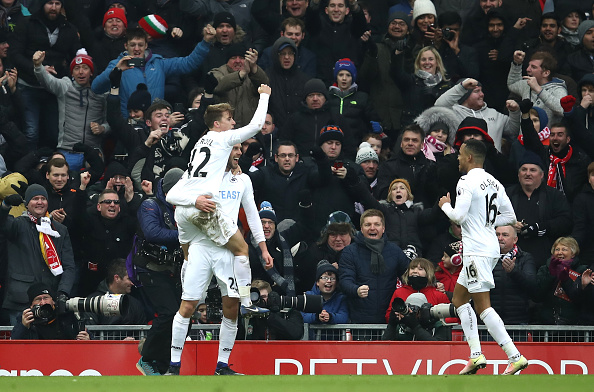 END_OF_DOCUMENT_TOKEN_TO_BE_REPLACED

However, some found it ironic that, just a few days after appearing to criticise of Manchester United's "long-balls", the Liverpool manager was employing an identical tactic.

"It is so intense. They play long balls, it was a wild game. There was a lot of action in the last few minutes," Klopp said following the 1-1 draw against United at Old Trafford last Sunday.

Those comments were always going to be mentioned after his team went direct in the final minutes of the Swansea game.

Matip as a striker but klopp doesn't like long ball football..

How is Klopp's neck after all those long balls at the end?

There is nothing wrong with going down the long ball route. It's just weird how Klopp had such a problem with it, and then used it.

When Jürgen Klopp complains about Man Utd playing long balls & then he brings on Joel Matip to play up front.https://t.co/sYmHVTM9es

Klopp, who was exasperated with Man Utd lumping balls to Fellaini last week, has just put Matip on upfront.

There's simply nothing wrong with long balls. You do what you need to win. Weird Klopp had such an issue with it when he did it himself