Liverpool have reportedly reached an agreement to sign Pato in January...

Liverpool are prepared to take a punt on another former Golden Boy and will be hopeful that this one works out a little bit better than their move for Mario Balotelli.

An agreement has reportedly been reached between the Reds and Corinthians forward Alexandre Pato, which will see the Brazilian join up with Jurgen Klopp's side in January for around £14m.

Pato is currently on loan with Sao Paolo but that deal is set to run up next month and he has since been linked with the likes of Manchester United, Spurs and Barcelona. 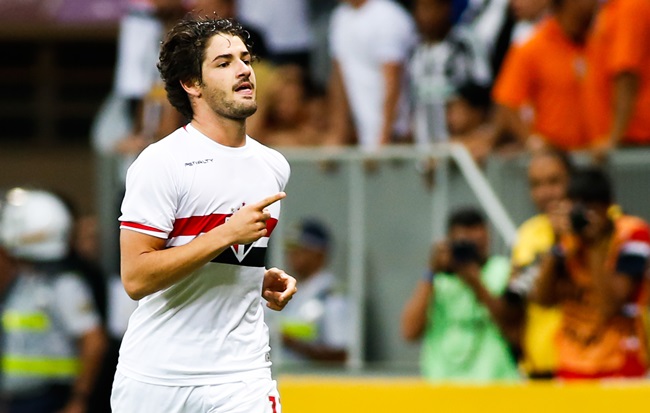 END_OF_DOCUMENT_TOKEN_TO_BE_REPLACED

The 26-year-old, once pegged as "the next big thing," has reportedly chosen Anfield as the destination at which he can get his career back on track.

Italian Journalist Alfredo Pedulla has claimed that Pato will sign for Liverpool in a £14.2milliondeal when the transfer window reopens and Corinthians president Roberto de Andrade has confirmed the talks.

END_OF_DOCUMENT_TOKEN_TO_BE_REPLACED

"There is an agreement in principle with Liverpool for the transfer in the coming weeks," de Andrade said.

"Pato had long expressed a desire to return to Europe.

"Liverpool await, there are a few missing details, but Klopp will have a new reinforcement and for Pato the Premier League will be a new springboard."

With Danny Ings out for the season and Daniel Sturridge picking up a new knock every week, Liverpool fans will be hoping that Pato turns out like fellow former 'Golden Boy' winners Sergio Aguero, Lionel Messi and Paul Pogba.