Liverpool lost 2-1 to Paris Saint-Germain in the group stages of the Champions League on Wednesday night.

Juan Bernat and Neymar got the goals for PSG. James Milner converted a penalty just before halftime to reduce the deficit.

However, they couldn't find a way back into the tie in the second half. 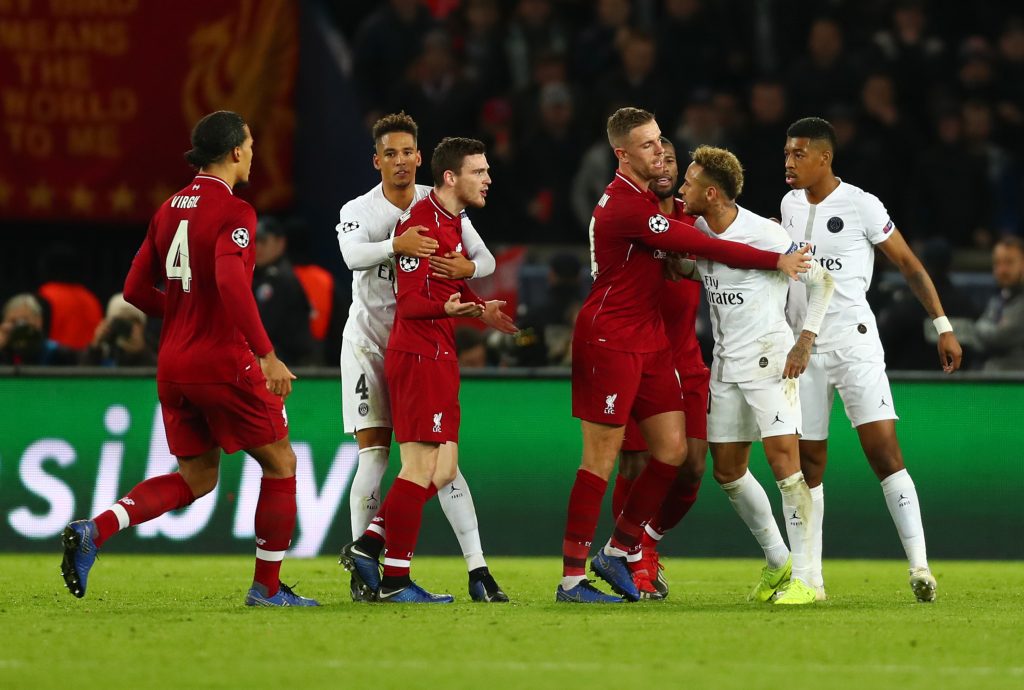 In the other game in Group C, Napoli beat Red Star Belgrade 3-1 to leave the table looking like this ahead of the final round of games:

Liverpool host Napoli in their final game of the group stages.

It will be a tense night against Napoli at Anfield on December 11.

IF: Liverpool beat Napoli at Anfield 1-0 they go THROUGH ✅

IF: Liverpool win 2-1 they go OUT on the away goals rule ❌

IF: Liverpool win by two or more goals they are THROUGH ✅

It's not over yet! pic.twitter.com/lCQBJ5C563