From hospital, to the job centre, to the brink of being sold, to the Champions League final in Kiev...

In 2012, Sadio Mane was in the process of transferring from Metz to Red Bull Salzburg for just over £3 million, when one of his representatives - transfixed on the Senegal international during a training session - declared to those around him watching on: “Pay close attention. He will be playing on the biggest stage there is soon, no question.”

That same year, an unemployed Andy Robertson had tweeted “life at this age is rubbish without no money, #needajob,” and at the start of the annum, Mohamed Salah was still in Egypt with El Mokawloon.

Over on Merseyside, Jordan Henderson was hoping to use a Europa League fixture against Anzhi Makhachkala to prove he deserved to remain at Liverpool. The midfielder had been offered to Fulham in a failed part-exchange for Clint Dempsey the previous summer and did not want a similar fate to follow in the winter window.

Hoffenheim’s Roberto Firmino was a complete non-entity in Brazil, while Trent Alexander-Arnold hadn’t even hit puberty. Loris Karius had hit a ceiling at the Etihad and decided to make his loan move from Manchester City to Mainz permanent.

Virgil van Dijk, meanwhile, was battling a potentially lethal abdominal abscess. “I was seriously ill,” the centre-back, then at Groningen, recalled. “The doctors said it was very, very dangerous.


“I lost around 15 kilograms (33 pounds). I had poison in my system and the abscess almost burst. It was dangerous and I was in hospital for 12 days.”

Fast forward, and last May, Van Dijk was among the 65,842 in attendance at the Millennium Stadium as Real Madrid secured a 4-1 win over Juventus, lifting their third Champions League trophy in four years. 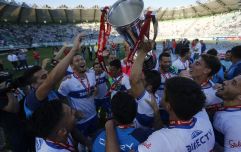 END_OF_DOCUMENT_TOKEN_TO_BE_REPLACED

In 23 days, the spectator hopes to turns spoiler on club football’s grandest stage as he looks to ensure that number does not extend to four in five for Zinedine Zidane’s men as Liverpool - against all the odds and conventional wisdom - have the opportunity to land a sixth European Cup.

"I watched the Champions League final last year in Cardiff with a very good friend of mine,” Van Dijk said at the Stadio Olimpico with Roma in the rear view and the Spanish giants awaiting them in Kiev.

“To be in the final now, it’s special. I was hoping for it while there. But to be in it just one year later, it’s amazing.”

It is. Not just for Van Dijk, but for all his team-mates with their varying pathways to this career-defining point. The reason they are here - Champions League finalists - is owed to their collective commitment to the blueprint and each other, which is underpinned by the conviction Jurgen Klopp has shown in the group.


Take Dejan Lovren, for example. Pilloried before the German arrived on Merseyside and ever since, the Croatian’s belief remains unshakeable. Why? Klopp has repeatedly highlighted in one-to-one talks that while there are facets of his game that require improvement, Lovren has all the ingredients every recruiter seeks in a centre-back. 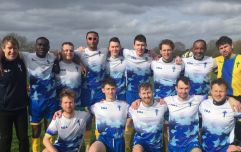 Title on Hold: The Liverpool of Sunday League

END_OF_DOCUMENT_TOKEN_TO_BE_REPLACED

“He changed many things in the club, not just the players, but things around the club," the 28-year-old said. "The people, he has changed the mentality, changed how we think.

“Everything is more positive now. Even when we sometimes don’t play good, he always finds something good - there is not just negativity.”

And as such, it is not solely the players that are owed this stage, but Klopp and his support staff too. One of the manager's early messages after succeeding Brendan Rodgers at the helm was that leaning on tradition and continuously discussing the Champions League were not the tools to get Liverpool back at the top table.

“You have to fight for it, not just talk about it,” he said on October 9 2015, when he also vowed that under him the players would “conquer the ball, each f**king time. We will chase the ball. We will run more, fight more.”

Liverpool have been involved in two European campaigns since then, reaching the final in both and dispatching the likes of Manchester United, Borussia Dortmund and Manchester City in the process.

“He deserves this,” Lovren said of Klopp. “It is not accidental that he already reached the final of the Champions League in 2013 with Dortmund. “He has given the club pride back. Everyone feels that and everyone lives that. Everyone should be proud that we have a manager like him.” 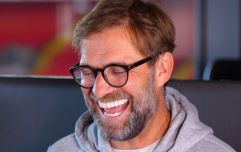 Jurgen Klopp plays board games against an Everton fan

END_OF_DOCUMENT_TOKEN_TO_BE_REPLACED

Klopp has fostered a “one voice, one vision, one family” environment that has seen Liverpool continuously step up this season despite setbacks in the form of the sale of Philippe Coutinho to Barcelona in January, a punishing list of unavailable players and most recently the absence of his long-time assistant, Zeljko Buvac.

“That this group went to the final is exceptional,” the Reds boss admitted. “We had all the knocks over the season, all the knocks with injuries in the wrong moments and stuff like that. Really difficult.

The togetherness has not just extracted greater responsibility from individual players, but was also the foundation of the emotive scenes in front of the away fans at the Stadio Olimpico following the final whistle on Wednesday night.

The supporters have been an incredible backdrop to Liverpool’s European crusade this season, with Klopp remarking before the trip to Rome that “the team and the crowd have grown together.” His appreciation was delivered in two doses in the Italian capital, before and after his post-match media duties, where it was painted on his face and pulsated through his fist pumps.


“These people have followed us all over Europe, come to Anfield every week, create atmospheres which are absolutely exceptional and we all know how big their desire is to come back on the winning track. “They have had such a big part of that in the season so far.”

A topless Trent Alexander-Arnold, having thrown his shirt into the crowd as a thank you, received a scarf from a supporter in return and giddily swirled it over his head as he bounced and joined in the chorus of Allez, Allez, Allez. The 19-year-old Scouser claimed a red bucket hat as a souvenir too, posing in it for a group snap that screamed ‘Hello, hello. Can you hear us? We’re in the Champions League final!’.

Lovren, meanwhile, crowned the night of fans that had made the journey all the way from Connecticut by holding aloft a 'LFC New Haven' scarf. He then offered an invitation - via a live Instagram video - around a dressing room flooded with exhilaration.

"Everybody was dancing, like crazy,” explained Mane. “Everybody was so happy, we enjoyed the moment together. It was special to be in that dressing room, it was such an incredible moment.”

The most powerful portrait of the night, though, the one that spotlighted the fact that this team gets it, gets their people, gets the very genetic code of the club was the scene of team huddled behind a banner of support for Sean Cox, the father of three who is still in critical condition after being attacked ahead of the first-leg of the semi-final at Anfield.

Henderson had pleaded with the stewards to allow the players to retrieve the flag so they could pay tribute to one of their own too. To show that they were with him and he was with them. The thoughts of the players, after the biggest moment in their careers to date, was with the 53-year-old and his loved ones.

Mane added:"We do have a lot of respect for Madrid, they are one of the best teams in the world, but we are Liverpool – we are strong, we can beat any team in the world. We believe that. So we believe we can go there and beat them.

"We know we are going to go there and fight, for the fans, for the clubs, and fight without fear. We have the players. We can score goals, we have shown that, and there is nothing to be afraid of.”

You may also like
Sport
Will coronavirus tarnish Liverpool's title celebrations?
Sport
Jordan Henderson: Liverpool's most important player?
Football
The 100% definitive, completely unarguable Liverpool/Invincibles Combined XI
Football
A foolproof guide to actually beating Liverpool this season
Sport
Liverpool winning the league or: how I learned to stop worrying and love the bomb
Next Page