What a bloody match. Tadhg Furlong and Jonathan Davies... you absolute stars.

END_OF_DOCUMENT_TOKEN_TO_BE_REPLACED

The All Blacks absolutely ripped into the Lions in the first half but the tourists clung on and stayed in touch through Owen Farrell penalties. It was 12-6 at the break and such was the squeeze that the Lions would have been happy enough with that.

They were happier still when the match restarted as Elliot Daly and Farrell kicked penalties to level the game.

The lions could could find that moment of magic, though, and when Kyle Sinckler was pinged in the scrum, Beauden Barrett chipped over a handy penalty.

Just as all seemed lost, Farrell kicked a 48-metre penalty to make it 15-15 and, despite some late drama, that's how it ended.

END_OF_DOCUMENT_TOKEN_TO_BE_REPLACED

Was skittled by Savea on the right wing. Dropped a high ball soon after. Gambled by rushing up in defence to prevent what would have been a certain Savea try. Stupid knock-on with eight minutes to go. 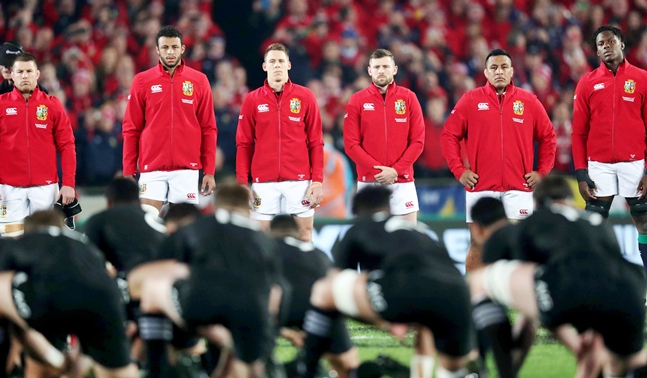 END_OF_DOCUMENT_TOKEN_TO_BE_REPLACED

This lad needs better studs on his boots - slipped on three separate occasions. Went from waiting for the killer pass to score the opening try to haring back to prevent one at the other end. Made some evasive runs but not his day.

What a warrior! Break-neck chase back to collar Lamaupe after Barrett's intercept. Massive defensive hit on Jordie Barrett after rushing out. Great carry early in the second second half helped win a penalty.

Thank God this man can kick goals. Fell off a couple of early tackles then kicked out on the full to put the Lions under a heap of pressure. Landed an early penalty and was then caught napping under a cross-field kick. Another penalty before he missed another tackle in the lead-up to Jordi Barrett's try.

Stunning, leaping overhead catch had the Lions fans roaring. Outjumped for Lamaupe's try. Great energy in attack and defence. Nailed a 50-metre penalty early in the second half. Shelled a clearing kick to give the All Blacks an attacking lineout. 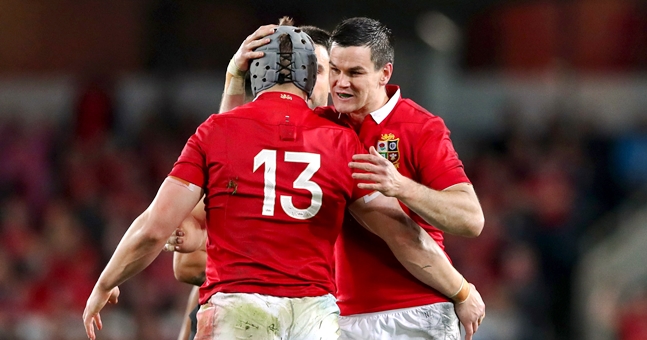 Was on purely survival/defensive mode for the first half hour. Shipped a big hit from Sam Cane and struggled to get up. Did well in the Lions rally before he had to go off for a Head Injury Assessment. Returned to get the Lions attack humming again.

Only made one carry, his passing was crisp, and his kicking was on point again. Missed a couple of poor tackles but was a key figure as the Lions upped the tempo and fought back.

Scrum was much improved and even won some penalties. Still, his ball-carrying bursts were virtually non-existent. 10 carries for hard, hard yards gained and six hefty tackles.

Foolish, crooked throw just after Kaino was yellow-carded. Not much of note with ball-in-hand but tackled his rump off. Then, with 10 minutes left, his lineout throwing collapsed again and he was then subbed.

Took the fight to New Zealand in each and every thing he did. Fantastic at the scrum, made a heap of carries and was tireless in the loose. Secured one vital turnover. What a bloody tour for the Wexford lad.

Secured two vital turnovers in the space of 60 seconds. Tackled like an absolute demon and jumped like a dream at the lineout.

Was clocked by both Retallick and Kaino on one carry. Not much traction on his carries but tackled like a man possessed.

Harshly penalised after an early poach but Barrett let the Lions off the hook. Didn't stop him from digging in at the breakdown. Huge turnover after Davies' hit on Jordie Barrett.

Was part of a scrambling Lions rearguard action as the tourists clung on during a black blitz. Made four successful tackles and three of his five carries got over the gainline. Lasted only 40 minutes after shipping a huge blow from Jerome Kaino.

Fierce tackling came in handy during the early New Zealand onslaught. Was stripped far too easily in another frightening Kaino moment. Won a HUGE turnover in his own twenty-two with just 15 minutes left.

Won his team a big penalty after a strong carry.

Pinged for collapsing the scrum in front of his own posts. Scrumming was solid thereafter.

Tackled everything black that moved.

Nearly had it won with a brilliant breakaway.

Nearly a villain but offside was called accidental.