One Lions star harshly singled out for abuse during First Test

The All Blacks were always going to be up for the First Test and, boy, were they fired up.

New Zealand tore into the British & Irish Lions for 20 relentless minutes at Eden Park to race into a 10-0 lead after Elliot Daly had gone close with a tryscoring chance after 90 seconds.

Steve Hansen's men flooded forward in waves after black waves and the Lions were doing their best to hang on. 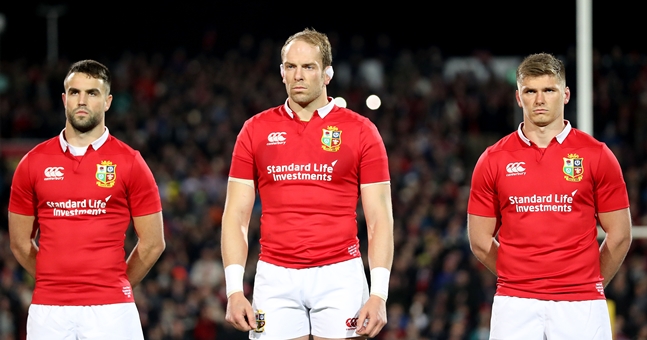 END_OF_DOCUMENT_TOKEN_TO_BE_REPLACED

Aaron Smith caught the tourists out, though, after 15 minutes when his quick-tap penalty and two quick passes saw hooker Codie Taylor dive over in the corner. One man that it would be hard to pin blame on would be Alun Wyn Jones, who was clearly dazed in the lead-up to the score.

The Welshman was selected ahead of in-form England lock Maro Itoje and many felt he was lucky to get the No.4 jersey. He did appear to be unsteady on his feet after shipping two big blows.

Jones will definitely have to put his hand up, tough, after dropping an easy pass on the AB's twenty-two. It ruined a promising attack after Mako Vunipola had secured a crucial turnover and sparked a counter-attack.

It was not a half to remember for the veteran lock but he was copping some harsh abuse online.

To the surprise of absolutely nobody Alun Wyn Jones is dreadful. Get Itoje on!!! 🦁 #LionsNZ2017 #bbcrugby

Alun Wyn Jones is about as good as his fucking hairline..........rich from me but still true

Alun Wyn Jones really struggling with the pace of this game

#alunwynjones how did he get picked

popular
New Highway Code rule will fine drivers £1,000 for opening door with wrong hand
Motorcyclist dies in crash live on TV while trying to escape police
Bookmaker received $420,000 worth of bets on controversial Arsenal yellow card
Fitness expert reveals army technique to fall asleep in two minutes
Woman who saved enough to retire by 26 reveals three golden rules she stuck to
Dead man ‘propped up by two other men in attempt to collect pension at post office’
Southampton could remove statue of club 'legend' over evidence he ignored paedophile coach
You may also like
Sport
English star apologises following arrest in the wake of Lions tour
Sport
There can surely be few arguments about Lions' Player of the Series
Sport
Here's what Sam Warburton said to the referee to get that crucial penalty reversed
Sport
Tadhg Furlong bosses player ratings as Lions stage stunning comeback against New Zealand
Sport
A lot of people harshly blaming one Lion after New Zealand blitz
Next Page