The camera never lies...is of course the biggest falsehood of them all.

We know it does. 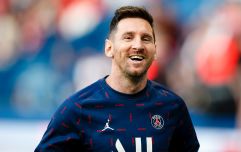 END_OF_DOCUMENT_TOKEN_TO_BE_REPLACED

But sometimes, a single image can encapsulate the spirit of a person or place with far greater realism and clarity than high-definition moving pictures ever could.

It is why wedded couples cherish the perfect photo of their special day far more than any video clip. You can't frame a recording, or keep a cherished copy in your wallet.

On Tuesday night, Argentina beat Paraguay by six goals to one to reach the Copa America final. It was a thrilling display of vigour and verve. The highlights are a must. 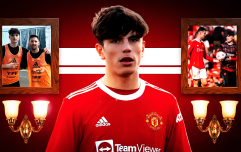 END_OF_DOCUMENT_TOKEN_TO_BE_REPLACED

Lionel Messi was in especially divine form. Even for him, it was a heavenly performance. He did not score (again), but was involved in all but one of the goals.

Bored of bettering Best and Maradona with his mesmeric dribbling, he instead chose to out-Xavi Xavi and channel his inner Puskás. Just because he can.

It was not so much a case of pulling the strings as plucking out a symphony, and the clearest indication yet that he had entered some Faustian pact to perfect his art. 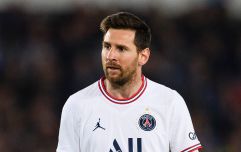 END_OF_DOCUMENT_TOKEN_TO_BE_REPLACED

There was a particular moment that sparkled brighter than all the rest of his majestic constellation. It came in the build-up to his country's fourth goal.

In a rare moment of indulgence, Messi made fools of two defenders with a burst of acceleration, a strong shrug of the shoulder, and the most delicate prod of the toe.

It caused Bruno Valdez to comically scythe down his own compatriot Pablo Cesar Aguilar rather than the Argentine, who danced away oblivious to set up a chance.

One image captures the moment - and everything future generations need know about Messi - perfectly. It's the cruel beauty of genius meets normality, framed.

There's the quiet agony of Paraguayan mortals in the background; the dramatic cluster of twisted limbs at the centre of the piece; and Messi - zen and imperious.

The picture is both beautiful and brutal; chaotic and serene. It captures true genius in a single frame.