If the rumours are to be believed, Conor McGregor vs. Eddie Alvarez is to headline UFC 205 in Madison Square Garden.

With the card less than ten weeks away, slots are expected to start filling up soon and most signs point towards a lightweight title fight between Alvarez and 'The Notorious'.

END_OF_DOCUMENT_TOKEN_TO_BE_REPLACED

It seems to be a toss-up of options for the Irishman. Either he returns to defend his featherweight title or he fights in the UFC at 155lb for the first time and takes on the reigning champion.

But Alvarez insists that they are a long way from the fight being booked and he admits he would be surprised if McGregor opts to take the bout.

"We're not anywhere just yet. Just rumours, talks, news headlines," Alvarez said during an in-depth interview with MMA Fighting's Ariel Helwani. "Nobody's given a call or anything like that. I've said in plenty of interviews that I think it would be a little bit foolish to take the fight. 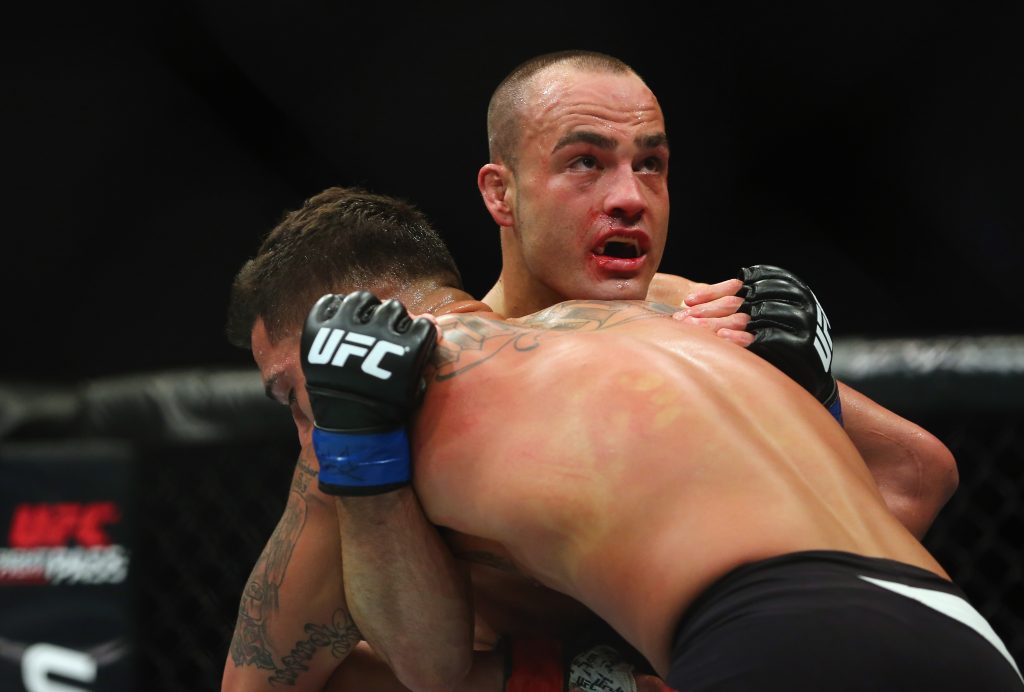 END_OF_DOCUMENT_TOKEN_TO_BE_REPLACED

"Because when I look at the history of opponents that were picked, it's not me. I'm not a typical opponent that this man would pick. It's foolish on his part. I'll take the fight.

"That's just me being honest."

From literally the moment that Alvarez claimed lightweight gold in July with a stunning performance against Rafael dos Anjos, he has insisted that McGregor would be an easy night's work for him.

And while he believes that McGregor tricked his fans into thinking he was the greatest in the world, he concedes that he respects him nonetheless.

END_OF_DOCUMENT_TOKEN_TO_BE_REPLACED

"I respect everybody that makes the walk to the Octagon but where we differ is that I'm more about what's real and he's more about perception," he said.

"This game is changing. I'm watching it change. Because the business is coming before the sport now, the perception is becoming more important than what really is. And that's why I don't think they'll take the fight.

Alvarez boasts an impressive recent record in terms of calibre of opponents that he's beaten en route to his title, getting past Gilbert Melendez and former champion Anthony Pettis before starching dos Anjos two months ago.

And the Philadelphia lightweight has continued to claim that a clash with McGregor would represent a step down in competition for him.

"In the sparring room, there's always a guy that we call 'the rest round'. He's the rest round," Alvarez said. "He's the guy you grab when you're super tired and you say 'come on, let's do a round.'

"For Frankie [Edgar], for Edson [Barboza], for Marlon [Moraes]. For every one of us."

McGregor's head coach John Kavanagh predicted that his star pupil would down Alvarez in the second round, a remark that drew anger from Mark Henry, Alvarez's coach.

But as for Alvarez, he sees the fight playing out much differently, claiming McGregor would be found out against a grinder like him.

"Past the eight minute mark, I don't see anything but being dominant," he said. 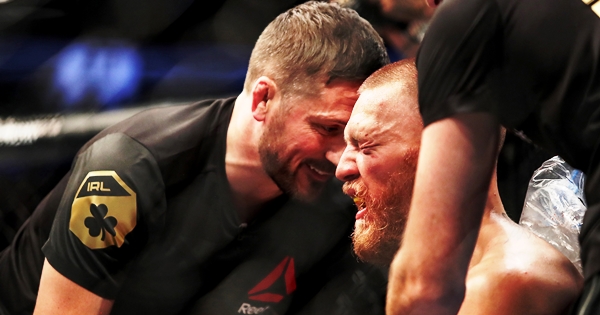 "I think he can do well because it's easy to be technical in the first round or two but when the shit hits the fan and it turns into a fight, I will fucking dominate this guy every step of the way. When he gets a little bit tired and has to dig down, it's all over.

"If this fight's signed and it happens, I feel like I'm about to tell the whole world there's no Santa Claus and everybody's going to be disappointed.

"There's no Santa Claus. He doesn't exist. It was a lie and I'm going to steal the magic from everyone!"