The big guy made plenty of big hits at Twickenham. Some fair, some foul, all crunching.

James Haskell's shift from blind to openside has seen him up the enforcer stakes and go hunting for half backs. The Wasps flanker did a number on several Irishmen at the weekend - see his hit on Conor Murray [below - 1:25:20] - and kept it up even after a trip to the sin bin. 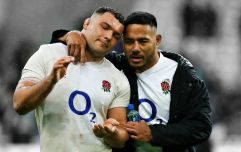 END_OF_DOCUMENT_TOKEN_TO_BE_REPLACED

On last night's Off The Ball, on Newstalk, former Leinster and Munster forward Liam Toland offered his take on Haskell's current role in the English team.

"The current team doesn't have the power athletes that England has.

"Looking at James Haskell's performance, I'm not so sure he is actually playing rugby. He's just smashing fellas all over the place and that's what he does.

"To play against him, you've got to be a little more creative to avoid him - or he'll break you up - and also because there are limitations around his style of play... if we continue to run at men like James Haskell, we're not going to win many of those battles." 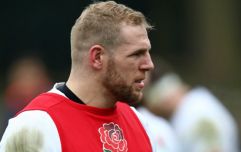 END_OF_DOCUMENT_TOKEN_TO_BE_REPLACED

Toland believes Eddie Jones is bringing England back to something resembling the feared 2000-2003 team. "There was an element of dog about England," he said.

"Dan Cole smashed Devin Toner off the ball, at one stage, around the fringes of a ruck and Dylan Hartley, there's no coincidence that he's there as captain with the type of abrasive player he is.

"They are really focusing in and really bullying the opposition."