This summer has seen a trend emerging in football clubs releasing videos to welcome new signings to the club.

Aston Villa pioneered the trend with their wacky announcement of John Terry's arrival, and in fairness to the Villans, their Whatsapp themed video wasn't the worst thing we've seen. 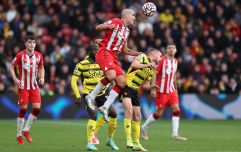 Premier League pledges to investigate links between cryptocurrency and clubs

END_OF_DOCUMENT_TOKEN_TO_BE_REPLACED

It was clever, it was witty, and seen as it was the first one many of us had seen, it was fairly refreshing.

Other clubs have followed, and many of their efforts have been pitiful, none-more-so than Chelsea's announcement of German Centre-half Antonio Rudiger.

Chelsea announce a new signing - and his name's NOT Rudiger... pic.twitter.com/7Bwhkl9IEq

It was surely one of the most cringeworthy videos to have entered cyberspace.

Southampton's replacement goalkeeper Stewart Taylor signed a new one-year contract with the Saints on Thursday, and their method of announcing it was truly sublime.

It was unique, it was witty, it was ironic, and it made an utter mockery of the other videos we have seen.

END_OF_DOCUMENT_TOKEN_TO_BE_REPLACED

While other clubs have been outdoing each other with their cringy, childish tripe, Southampton have outdone them all with their self-proclaimed "unnecessarily elaborate football club signing video."

They simply took the mickey out of other clubs video by sarcastically overstating the importance of Stewart Taylor's new one-year deal.

The Saints captioned the video "Are we doing this right?" and the answer is an overwhelming yes. 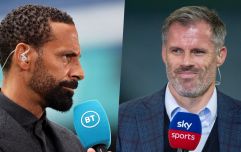 END_OF_DOCUMENT_TOKEN_TO_BE_REPLACED

Taylor joined the Saints early last season to provide additional support to the goalkeeping ranks and he has now agreed to extend his stay through the 2017/18 season.

The 36-year-old will back up Fraser Forster and Alex McCarthy.

The video, however, is a simple mocking of other clubs, and it should hopefully bring to an end any other cringy videos.