Laurent Koscielny fires back at Bordeaux after being banished from squad

'I took it very hard'

Laurent Koscielny has said that his exclusion from Bordeaux's first-team squad is a 'slap in the face', with the Frenchman taking the decision 'very badly'.

END_OF_DOCUMENT_TOKEN_TO_BE_REPLACED

Koscielny - along with Paul Baysse and Mehdi Zerkane - was deemed surplus to requirements with Bordeaux languishing 17th in the Ligue 1 table, just one point above the dreaded relegation zone.

The former Arsenal centre-back has made 11 appearances for Vladimir Petković's side this season, but, despite being contracted until the summer of 2022, has been exiled from the first-team.

According to L'Equipe, Koscielny is furious and confused with the decision, with the 36-year-old saying: "I'm a footballer, so my passion is primarily to play, and also to set an example for my teammates as captain.

"So, I took it very hard. Let's just say it was a right slap in the face. But I'm a fighter, I'll continue to fight and do what it takes to stay at the top level and help the squad so that the team gets the best possible results."

Laurent Koscielny on being excluded from the Bordeaux 1st team: “I have taken it badly. It was a right slap in the face.” (L’Éq)

When asked whether he was given a reason for his banishment, Koscielny said: "No. None. They just told me that this was their new strategy, and that we would find a solution with the financial director that was good for everyone."

END_OF_DOCUMENT_TOKEN_TO_BE_REPLACED

Despite being fit and able to play, he was left on the bench for Bordeaux's clash against Marseille at the weekend and was also stripped of his captaincy due to poor form.

Koscielny revealed that club president - Gérard López - rang his agent to confirm that the defender was no longer part of the club's plans.

The Frenchman said: "On Monday evening, after the side-lining of Mehdi Zerkane and Paul Baysse in the afternoon, the president called my agent to inform him.

"On Tuesday morning I went to training as usual, but no one came to see me… Then, I had a meeting that afternoon with Gerard Lopez and Admar Lopes, who told me that they wanted to find a solution for the future, but that I could continue to train with the first team."

While the centre-back has been informed that he is allowed to continue to train at the club, he has also been told that he will be sold in the January window. 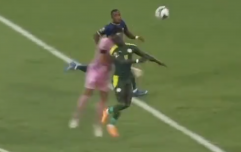 END_OF_DOCUMENT_TOKEN_TO_BE_REPLACED

In a recent interview, López confirmed that Bordeaux would be cutting ties with Koscielny.

"We are not attacking the player or the person, but it is decided that Laurent will not finish the season with us and he will leave the club in January," said López.

"I think that he can still play football so if we can help him to keep playing, he will leave as a player.

"He has this right to convert into something else (as a coach – at the club) too, maybe a bit later.

"There are a number of possibilities, they are all on the table."

Since leaving Arsenal in 2019, Koscielny has made 65 appearances for the Ligue 1 side, registering three assists during his time at the Matmut Atlantique.