The man knows how to motivate his players

Jurgen Klopp called his Liverpool players monsters of mentality after their stunning win over Barcelona.

Well in that case, the pop-eyed, coat-wearing, fist-pumping, sky-jumping German is a monster of all things motivation.

Georginio Wijnaldum expected to start Wednesday night's Champions League semi-final against Barcelona. He'd played in the last few Premier League games, played well and when he found out that he wasn't named to start in the second leg of this mountain-climb, he was sick to the lowest pits of his stomach.

He was exactly where Jurgen Klopp wanted him to be.

Jurgen Klopp worked wonders not just on Wednesday night but in the days leading up to it too. He played down this second leg to the extent that everybody believed Liverpool didn't actually have a hope in heaven.

"We have two of the best strikers in the world not involved, so of course we need the crowd involved. That’s how it is but I am still looking forward to it. It’s the Champions League and you want to be a part of it. It’s about how much. Can we believe at the beginning in the opportunity?" he'd said almost poetically.

He'd rhymed it off like a dreaming fan. Romantically, fancifully, wildly, enchantingly. The Liverpool players, Liverpool fans were nodding their heads. 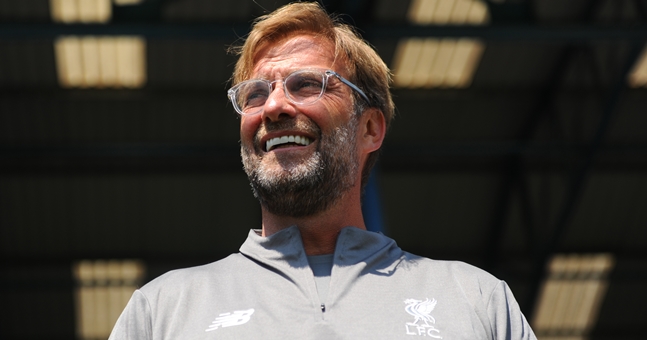 END_OF_DOCUMENT_TOKEN_TO_BE_REPLACED

At least they could dream, a shot to nothing, an immaterial dream but they had nothing to lose now.

It turned into something improbably amazing but only because Klopp released the dragons and said go.

After the incredible heroics, the man of the moment and two goal hero Gini Wijnaldum was interviewed by Bleacher Report and the Dutchman provided a fascinating glimpse into the way this manager works.

"To be fair, before the game I was really angry that I didn't play," he says tellingly from 3:16 in the below video.

A player plays best with a chip weighing on their shoulder and by God did that man have a point to prove.

"At half-time, I came in and the manager said 'you're our secret weapon'," he laughs.

That he was. A bundle of energy, fitness and desire, Wijnaldum's headed goal showed a player with a desperate, insatiable will to win. His all-round desire was encapsulated in a passage of play where he left three Barcelona players, including Busquets and Rakitic sitting after they'd been snapping at his heels.

Busquets & Arthur on your tail 😬
No room for error 😬

Wijnaldum was hopping off the ground then and suddenly it becomes clear why these Liverpool players, fans and everyone else would follow Jurgen Klopp to the ends of the earth.