Juventus weighing up move for Arsenal striker, and it makes perfect sense

This would be a shrewd signing for Juventus

Juventus are weighing up a move for Arsenal striker Alexandre Lacazette, according to transfer insider Gianluca Di Marzio.

The Serie A champions are compiling a list of strikers they are interested in signing, which also includes Napoli front man Arkadiusz Milik.

That might come as a surprise considering they already have Paulo Dybala and Cristiano Ronaldo in their ranks. But Dybala could move on this summer, should a bid of €100m come in for the Argentine, to get his wages off the bill more than anything. Such is the effect of signing Ronaldo.

If Dybala leaves and Juventus move to sign a cheaper alternative, they could do a lot worse than Lacazette. 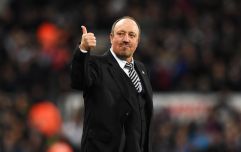 END_OF_DOCUMENT_TOKEN_TO_BE_REPLACED

"But he doesn't score enough goals!" I hear you scream. I know, that's almost the point. Ronaldo is the main goalscorer in their team, and signing another penalty box forward would be counter-productive to the task of squeezing the best out of the 35-year-old.

Lacazette has played as a central striker during the 2019/20 season at Arsenal, with Pierre-Emerick Aubameyang - the main goal threat - starting from an inside left position. Mikel Arteta has tasked Lacazette with fulfilling a role more associated with Roberto Firmino or Karim Benzema - that is to lead the press, and to drop into pockets of space with his back to goal, and link midfield to attack, allowing the wide forwards to move into the space he has vacated.

Similarly, Benzema played this role during Ronaldo's time at Real Madrid, to the benefit of the Portuguese forward who regularly posted 50 plus goals a season from the left.

If Juventus could bring in Lacazette, he could be the perfect foil for Ronaldo, who didn't always click with Dybala under Maurizio Sarri.

This of course depends on Andrea Pirlo's ability to develop a relationship between the two players on the training pitch. But in theory at least, it makes sense for Juve, Lacazette - who would almost certainly add a league title to his cabinet - and arguably Arsenal, who have just signed Willian and presumably want to reduce their wage bill.