Shane Long’s form for Southampton and Ireland over the past year has attracted the attention of some of the biggest clubs in European football.

Sources close to Long have told JOE that Juventus are among those to have expressed an interest in signing the 29-year-old striker.

END_OF_DOCUMENT_TOKEN_TO_BE_REPLACED

While Southampton are eager to offer Long a new deal to stay at St Mary’s – his current contract has two years left to run – it is highly likely that he will leave the club this summer and may well be able to take his pick of sides playing in the Champions League next season.

Premier League champions Leicester City have been linked with a move for Long, while Tottenham coach Mauricio Pochettino was in Dublin on Friday night to watch the striker score Ireland’s goal in the 1-1 draw with Holland.

Pochettino, who was sitting with Long's advisor Pat Dolan, attended the game at the Aviva with his assistant Jesús Pérez and the club’s head of recruitment Paul Mitchell, who signed Long for Southampton in 2014 shortly before he followed Pochettino to Spurs.

Also with the Tottenham manager at the Aviva was Nicky Hammond, former Director of Football at Reading and West Brom, and the man who orchestrated the deal that brought Long and Kevin Doyle from Cork City to Reading in 2005. 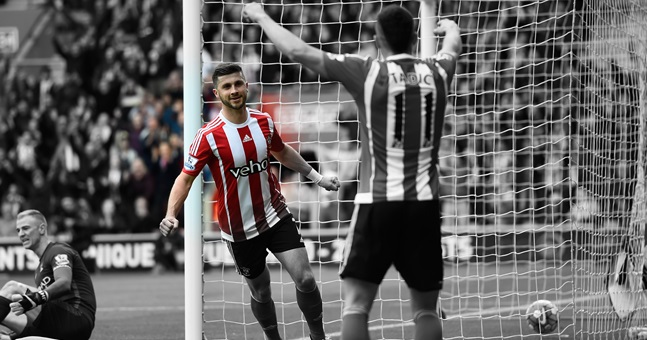 END_OF_DOCUMENT_TOKEN_TO_BE_REPLACED

The firm interest from Pochettino, coupled with the player's history with key figures such as Mitchell, make Spurs favourites to sign Long if he does leave Southampton.

Leading clubs in Spain are also said to be interested in Long while, outside of the those in the Champions League, Liverpool manager Jurgen Klopp is understood to be an admirer of the player.

A strong showing at Euro 2016 will only further enhance Long’s reputation and, if he does move from Southampton this summer, it is likely that he will become the most expensive Irish player of all time with any transfer fee likely to surpass the £20 million Liverpool paid Tottenham for Robbie Keane in 2008.