It's still far too early to describe any side as guaranteed title challengers but can you just imagine if Steven Gerrard decides to come back to Liverpool and guides them to their first Premier League title?

It would be almost too perfect.

END_OF_DOCUMENT_TOKEN_TO_BE_REPLACED

A cryptic Instagram post from Gerrard on Saturday afternoon seemed to suggest that his time at MLS side LA Galaxy was reaching an end.

"Living in Los Angeles and playing for the great Galaxy supporters has been a privilege," Gerrard wrote. "You have made this place feel like home to me.

"This city and this club will always hold a special place in my heart. Thank you."

But would it really be a good idea? https://t.co/BX0tf2WNEx

END_OF_DOCUMENT_TOKEN_TO_BE_REPLACED

So it came as no surprise that Gerrard's name was one of the first on reporters' lips when they gathered in the press room following Liverpool's 2-1 victory over West Brom later that day.

Klopp was predictably asked about the odds of a sensational Stevie G return and he definitely did nothing to play down the chances of seeing Liverpool's favourite son pull on that famous red jersey again.

"Steven Gerrard, and it will be a really big surprise probably, is always so welcome at Liverpool FC. You cannot imagine how welcome," Klopp said.

"So there is absolutely no problem. But everything which we have already or will speak to each other about stays in this situation (between us two). 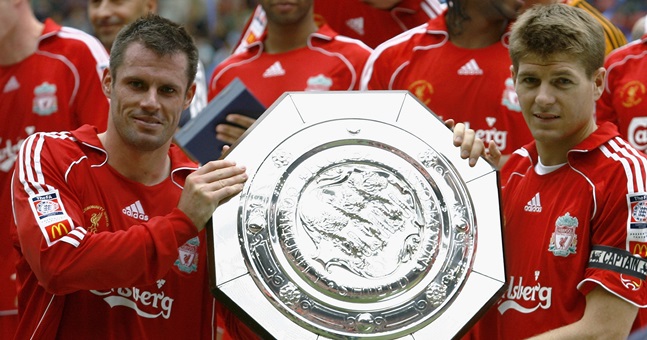 Martin Skrtel retires from football due to health reasons

END_OF_DOCUMENT_TOKEN_TO_BE_REPLACED

"That's how I know Stevie and that's how I am. But nobody should be worried that there is no space for Steven Gerrard, everything will be fine, 100 per cent."

Gerrard was recently spotted at Liverpool's Melwood training ground, where he was continuing his rehabilitation from a hamstring injury, and it kicked the rumour mill into overdrive.

Will we really see Gerrard lining out in front of the louder-than-ever Anfield again?

It would certainly be a welcome sight to see a Premier League legend bow out in the colours of his boyhood club.

And that's coming from a Manchester United fan.