Jurgen Klopp has dismissed reports that he has fallen out with captain Jordan Henderson. 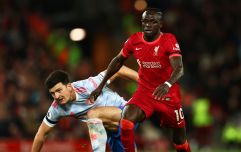 END_OF_DOCUMENT_TOKEN_TO_BE_REPLACED

Klopp used the word "misunderstanding" to explain the exchange with Henderson after the midfielder appeared to refuse a handshake when he was substituted against Manchester United on Sunday afternoon.

Henderson was applauding the travelling fans as he made his way from the pitch during the stalemate between Liverpool and United at Old Trafford when Klopp reached out his hand.

The Reds manager didn't hesitate to make his feelings known to Henderson in the moment but Klopp insists that was the end of the issue, rubbishing a story in The Sun which claimed that he laid into both Henderson and Sadio Mané in the dressing room after the game.

"In terms of the situation, it was a pure misunderstanding. That's clear," Klopp said of the handshake confusion, via the Liverpool Echo. 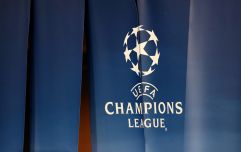 END_OF_DOCUMENT_TOKEN_TO_BE_REPLACED

"For me, when a player leaves the pitch, it's clear, we shake hands.

"But I'm in the situation as well. I didn't say you have to wait for me until I look at you again as I was with Shaq talking and then Hendo left. He was saying thank you to the crowd.

"I thought he didn't (go to shake hands) and that's why I turned and told him to (go back and shake my hand).

"But everyone else told me 'no, no, no, he wanted to shake your hand but you were not ready'. That's how a misunderstanding works. That's all. It was nothing." 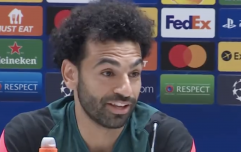 Mo Salah confirms he will remain at Liverpool next season

END_OF_DOCUMENT_TOKEN_TO_BE_REPLACED

Klopp admitted that he might have raised his voice in the dressing room because of his frustration over the performance but claims that it would have been impossible to aim any tirade at Henderson because the Liverpool skipper had been selected for a random post-match drugs test and wasn't even in the dressing room at the time.

"There was nothing afterwards in the dressing room or whatever," Klopp said.

"Someone told me that I shouted at Hendo and Sadio in the dressing room. I could have shouted but Hendo wasn't even there!

“It's bullsh*t. Nowadays people don't even need any kind of evidence or proof to write a story.

"Nothing happened after the game. We were completely fine. We spoke about the game, the opportunity we had and the things we did, and then we drove home."

popular
The JOE Friday Pub Quiz: Week 296
Japanese man spends £12,480 to look like a border collie - and it kind of works
Ricky Gervais finally says what we're all thinking about the Johnny Depp Amber Heard case
Rio Ferdinand and John Terry in Twitter war after controversial 'top 5' pick
Husband of teacher killed in Texas school shooting dies after suffering heart attack
Amber Heard's lawyers will not call Johnny Depp back to the stand amid suggestions he is 'uncontrollable as a witness'
Kourtney Kardashian told to drink Travis Barker's sperm by doctor
You may also like
Sport
Eric Dier heard asking Tim Krul what Mo Salah had given him after Son save
Sport
Liverpool crowned Premier League champions, but only on aggregate
Sport
Man City fans taunt Steven Gerrard after beating Liverpool to Premier League title
Sport
Jamie Carragher and Liam Gallagher embroiled in Twitter spat after Man City title win
Sport
Liverpool fans seen breaking news of City winner to players after Salah goal
Next Page