In partnership with DAZN

END_OF_DOCUMENT_TOKEN_TO_BE_REPLACED

Roller coasters are often used as analogies to describe the careers of sports stars, and although it is a tired cliché, there isn't a better one to sum up Josh Warrington's career so far.

The Leeds warrior kept climbing to the top, just to be shot back down with big fights falling through, changing promotors, false promises and seeming like he will never get his shot.

That was until he finally locked Lee Selby down for a world title fight and not only rose to the occasion to beat the champion, but did so convincingly.

He is now going to be headlining one of the first DAZN UK shows, the streaming platform that is looking to change how you view boxing for the better.

The upward trajectory didn't stop there, as Warrington then beat former two-weight world champion, Carl Frampton, in a Fight of the Year contender, and really cemented his place at the top. 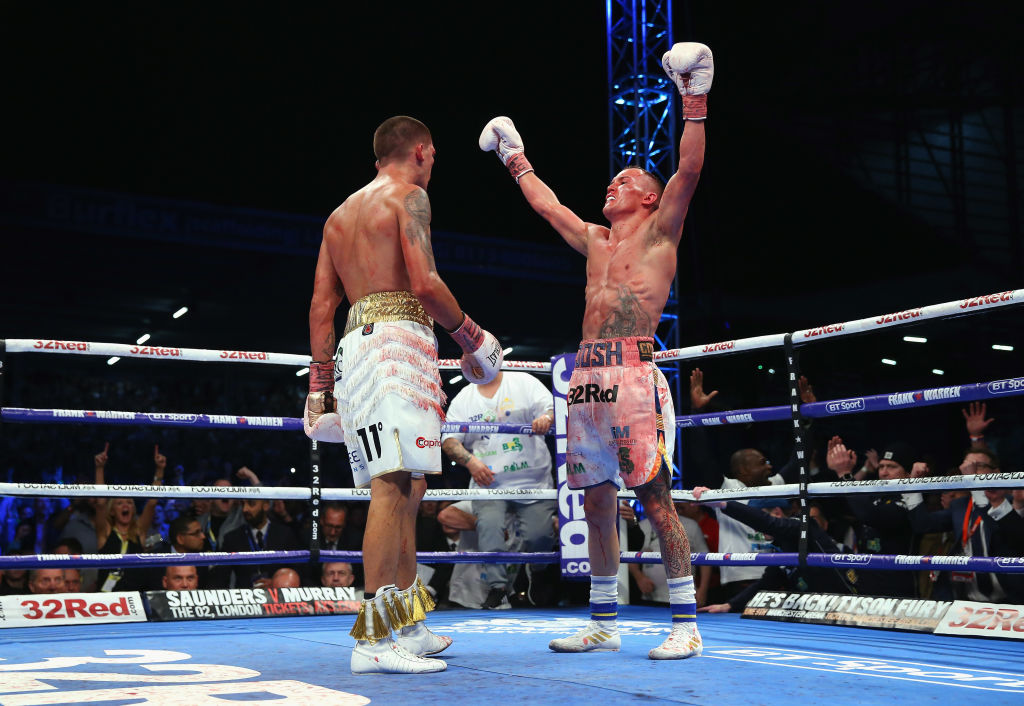 DAZN is available in the United Kingdom. Sign up to watch big fights in HD, on any device, for £7.99 (UK) per month.
Advertisement

After looking after some mandatories, the Englishman had eyes set on the big fights, unifications and trips to America.

Amir Khan announces his retirement from boxing at 35

END_OF_DOCUMENT_TOKEN_TO_BE_REPLACED

However, with COVID-19 and various other factors, he had to settle for a fight against Mauricio Lara, in what was seen as the kind of bout needed just to brush off the cobwebs.

This is where the roller coaster unfortunately took its big dip, as the Mexican stopped Warrington in a huge upset, and now redemption is the only thing on the 30-year-old's mind.

The rematch will be taking place in Leeds and live on DAZN where you can stream the fight from your mobile, tablet or TV.

When asked what went wrong  in his preparation for the last fight, he admitted that his focus wasn't where it should have been.

"Last time, I had my head on a potential fight with Xu Can, and because not many people know him, I was just meant to get through Lara, and Xu Can was scheduled for eight weeks later.

"I probably had my head on that, and by six rounds it will be over and done with, and I'll get myself back home, back to camp, just that cocksure attitude, and I paid the price for it.

"So I'll do what I'll do to win the fight. In my head, the way it's going, I think I'll have him like that (palm of his hand,) and I fancy myself really hurting him."

Another difference this time around will be the most welcome return of fans, and Warrington's fans in particular are famed for being passionate and giving their fighter that extra edge.

"I normally meet people's eyes and I see them going 'COME ON JOSH,' and I feed off that energy.

"I don't look too much to how it could unnerve them (the opponent) but I know what it does for me. It sharpens me up.

"You just sharpen up completely, you hear that roar, and it gives me a buzz."

popular
Liverpool crowned Premier League champions, but only on aggregate
This 'Welcome to Luton' prank sends Gatwick Airport arrivals into a frenzy
Ukrainian refugee who ran off with dad finally speaks out and blames man's partner for split
Shocking moment lion rips off man's finger after he sticks his hand into zoo cage
Johnny Depp trial: Kate Moss ‘testifying’ in defamation case against Amber Heard, report claims
Noel Gallagher left 'covered in blood' after headbutt from Ruben Dias’ dad
Volcano where mutant sharks live in acidic underworld crater is erupting
You may also like
Life
Mike Tyson will not be charged for plane assault on 'over excited' fan
Entertainment
Justin Bieber told he can be 'the next Jake Paul' after having 'secret boxing lessons
Sport
Jake Paul calls out Canelo Alvarez again after shock defeat to Dmitry Bivol
Sport
Tyson Fury tears into Man United after dismal Brighton defeat
Sport
Claressa Shields addresses a potential Katie Taylor super fight
Next Page