De Gea has entered the final year of his contract at Old Trafford and while United have the option to extend their goalkeeper's deal by an additional year, it's been claimed that the Spanish international could be set for the exit door.

END_OF_DOCUMENT_TOKEN_TO_BE_REPLACED

For years, Real Madrid had been linked with a move for De Gea but the signing of Thibaut Courtois in the summer appears to have put an end to those rumours.

However Juventus are now said to be closely monitoring De Gea's situation with the Red Devils and his manager revealed that he is "not confident" of the 27-year-old extending his stay with the club.

"I am not confident," Mourinho told Sky Sports. "I cannot find the word in English, but let's see what happens. 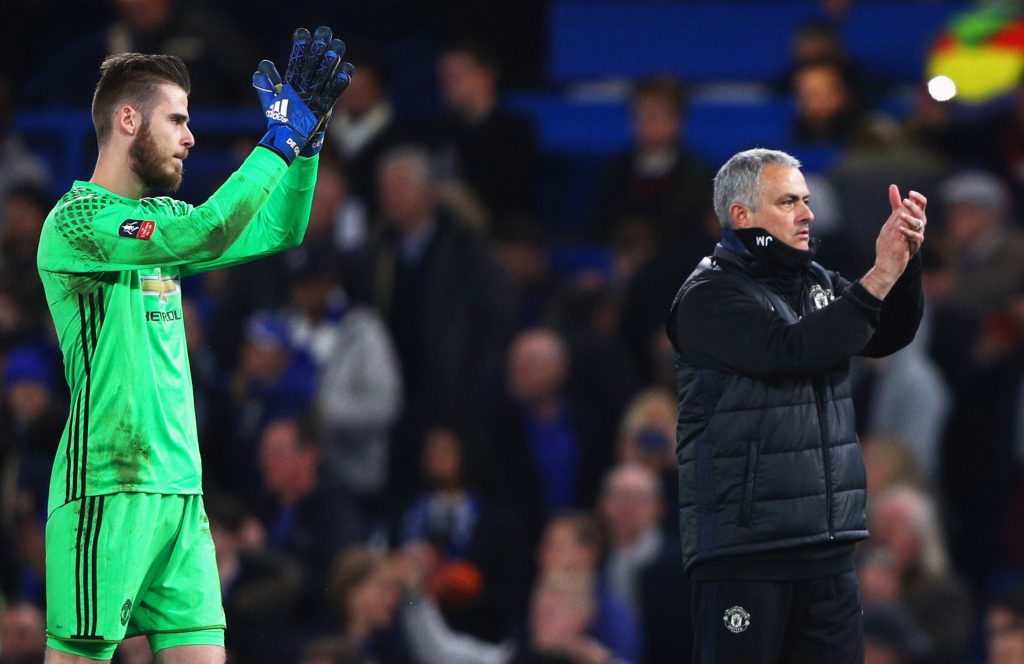 "Only the club, David and his people can answer that. My comment is only that everyone knows how good he is, how important he is for Manchester United and, if the club want to be better than it is and not worse, obviously it would be very important to keep David."

Mourinho went on to insist that he is not concerned about negotiations between De Gea and the club but he would surely hope to see pen put to paper sooner rather than later for the man who is arguably United's most important player.

De Gea joined United in 2011 and has been named the club's Player of the Year on four occasions thanks to his regular feats of brilliance between the sticks.

Widely considered to be one of, if not the best goalkeepers in the world, whichever club picks him up in the case of him not renewing with United will have struck gold.

popular
Two British men raped in Spain after being 'drugged while out on night out'
Groom shocks wedding by playing video of his bride cheating with her brother-in-law
Man has hand 'chopped off' outside working men's club in attack like 'a horror film'
Brit tourist, 22, ‘raped by wealthy American holidaymaker in hotel toilet’ in Mykonos
Runner finishes last in 400m race as penis keeps falling out of shorts
British woman who told Dubai police she'd been raped is arrested for extra-marital sex
Some Stranger Things fans are now trying to cancel Metallica
You may also like
Sport
Manchester United 2022/23 third kit 'leaked' online ahead of unveiling
Sport
Javier Hernandez offers to play for Manchester United for free
News
Former Manchester United director Michael Knighton reveals plan to buy the club from the Glazers
Sport
Man United fans write to Richard Arnold over Marko Arnautovic racism concerns
Sport
'Empty Old Trafford' trends as Man Utd fans look to send Glazers a powerful message
Next Page