'Let me tell you a little secret about me - I fight for money or I fight the best in the world. You are neither.'

Jorge Masvidal has told Jake Paul that he "can’t afford" him inside the boxing ring and has challenged the YouTuber to fight him in an MMA bout.

END_OF_DOCUMENT_TOKEN_TO_BE_REPLACED

Paul brutally knocked out former UFC champion Tyron Woodley in the sixth round on Saturday night, ensuring that he retained the bragging rights over the 39-year-old.

After the fight, 'The Problem Child' named a number of the UFC's top names - Masvidal, Conor McGregor, Nate Diaz and Kamaru Usman - as potential future opponents.

"I know what you pay.

"You talk a big game - $50m here, $50m there. If that was the case, Floyd Mayweather would have taken a fight with you. But he hasn't.

"You don't generate that type of revenue. You give out free tickets!

"You can't afford me to come over.

'Gamebred' then insisted that he only fights 'for money or against the best in the world', stating that Paul is neither.

He added: "Let me tell you a little secret about me - I fight for money or I fight the best in the world. You are neither.

"Come on over to UFC. Sign a one-fight deal. I will break your jaw in front of the whole world. 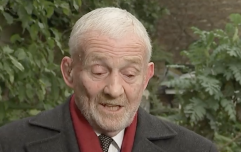 Middlesex chair apologises for comments made during DCMS meeting

END_OF_DOCUMENT_TOKEN_TO_BE_REPLACED

Masvidal and Diaz were ringside to watch Paul's latest victory inside the boxing ring, but appeared to exit the arena before the YouTuber-turned-boxer got on the mic.

Speaking about his future, Paul said: "People should be scared. Nobody is safe. Everyone is on high alert.

"It's scary to try to put a cap on where this could go.

"The potential is unlimited. It's up to me, my team, how hard I work. I am motivated.

"After two years as a professional, this is astronomical. I would love to fight higher opposition as I go.

"Maybe, when the time is right, I'll go for the world title."

Paul - who is now unbeaten in five professional boxing matches - has previously mentioned Saul 'Canelo' Alvarez and his own brother Logan Paul as possible opponents in the future.