He would have made an interesting pundit.

It appears an old feud has cost John Terry a job as a pundit on BT Sport. The broadcasters last week signed up Frank Lampard to be a pundit, after the former Chelsea midfielder impressed providing analysis on Sky Sports and BBC last season. 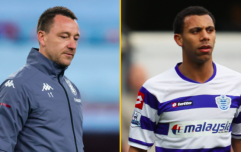 Anton Ferdinand denies John Terry's claim he reached out to him

END_OF_DOCUMENT_TOKEN_TO_BE_REPLACED

It's fair to say BT have a type when it comes to ex-footballers. Lampard joins Steven Gerrard, Rio Ferdinand, Paul Scholes, Owen Hargreaves, Michael Owen and Steve McManaman on the channel. All of whom were England internationals and members of England's so-called "golden generation."

5 things that will definitely happen if John Terry faces Chelsea in a cup this season https://t.co/agtlHaUuI3

According to the Times, BT had also considered bringing Terry on-board for their Champions League coverage, before realising it could cause an issue with Ferdinand.

"BT Sport had plans to book Terry as a guest expert on its Champions League coverage this season after his move to Aston Villa, but abandoned the idea because of concerns that its existing pundit Ferdinand would refuse to work with him." 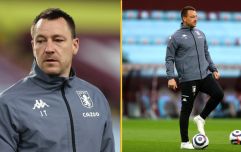 END_OF_DOCUMENT_TOKEN_TO_BE_REPLACED

Ferdinand and the Aston Villa captain were the best English central defenders of their generation, but have an acrimonious history. They fell out when Terry was charged by the Football Association with racially abusing Anton Ferdinand, Rio's younger brother, during a match between Chelsea and Queens Park Rangers in October 2011.

Terry was cleared in court of using racist abuse, but was later banned by the FA for four games and fined £220,000 for the incident. The former Chelsea captain admitted using the word "black", and cursing at the then-QPR defender. However, he said he was just repeating the words he thought Ferdinand had accused him of saying.

In his autobiography, Rio called Terry an "idiot."

"For me the biggest idiot will always be John Terry. As England captain and my centre-back partner he could have saved everyone a lot of pain by admitting immediately he used the word in the heat of the moment, but was no racist. I think that’s probably what happened and what the truth is. Anton and I would’ve accepted that – instead he never gave us a chance. That was the betrayal. He tried to run away from what he had done."

It's no surprise that Rio would not have wanted to work with Terry again.