When Conor McGregor said he was bringing in sparring partners to mimic Nate Diaz, he absolutely meant it.

While most believed that strategy referred strictly to a training partner's skill set and body type, it stretched an awful lot further than you might imagine.

END_OF_DOCUMENT_TOKEN_TO_BE_REPLACED

'The Notorious' made no secret of the fact that, for the first time in his career, he focused wholly and obsessively on one fighter throughout training camp, rather than preparing broadly in anticipation for a late opponent pull-out.

It was all Diaz.

And, according to SBG head coach John Kavanagh, McGregor treated each and every sparring day as though he was readying himself to make the walk in the T-Mobile Arena in Las Vegas.

“We made sure that we did a lot of very accurate fight simulations,” Kavanagh told FightNetwork, as transcribed by the Mac Life. “On our MMA sparring day, we really treated it the exact same as fight day. What [Conor] was going to eat on fight day, how he was going to rest… we mimicked it perfectly. We left the house at the same time he was going to leave the house for fight day.

END_OF_DOCUMENT_TOKEN_TO_BE_REPLACED

"It just sort of naturally happened that they started shit-talking each other. Which is something Conor kind of does with everyone he spars with, him and Artem [Lobov] will talk to each other while they’re sparring, that’s just kind of a natural thing.”

The outcome of UFC 202 would suggest that the replication process paid dividends for McGregor as his rematch with his Stockton rival played out much differently than their initial meeting at UFC 196. 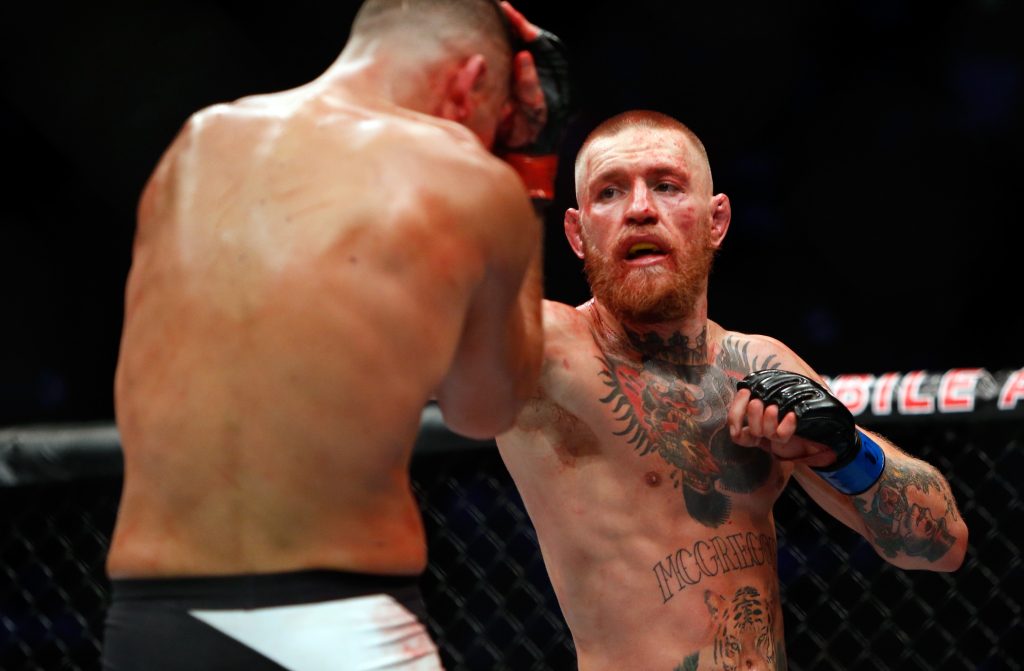 END_OF_DOCUMENT_TOKEN_TO_BE_REPLACED

And Kavanagh believes that the seriousness that consumed his star pupil in training worked as he was able to repeatedly put himself in a fighting state of mind in the run-up to UFC 202.

“We just tried to replicate what fight day would be like,” Kavanagh continued. “Get our fight simulations as close to reality as possible. Where as let’s say the lead-up the first Nate fight, it was Conor, Artem and Peter Queally, they are three very, very close friends.

“They kind of know each other so well, they’re getting changed on the mat together and you are putting your hand wraps on and you’re chatting about your day.