Jofra Archer has flipped this Ashes series on its head

After a disappointing defeat at Edgbaston, England needed a new hero

Defeat at Edgbaston in the first Test of this hotly anticipated Ashes series had left England with more questions than answers. How would they replace the injured Jimmy Anderson? How long will Jason Roy take to adapt to the gruelling task of opening a Test innings? And most significantly: how do you get Steve Smith out?

The Australian batsman had scored his fourth consecutive Ashes century on his return to Test cricket after a nine month ban in the wake of sandpaper-gate, and it was as if he had never been away. As he fidgeted his way to 286 runs in the match, a feeling of hopelessness came over England. He would be the difference in this series, barring a miracle.

After a wash out on day one, England amassed 258 runs in their first innings - respectable if disappointing after Roy was dismissed for a duck, while Joe Root, Jos Buttler and Ben Stokes scored just 39 runs accumulatively. Discussions around whether these players have neglected the red ball for too long in the build up to this series arose, but they were quickly quashed once England took to the field and Archer was given the ball.

As Archer ran in from the Pavilion End at the start of Day Three, with his uniquely nonchalant style, there was an almost tangible excitement in the air. This was the first time for while England have had someone who strikes such fear into his opponents, regularly hitting speeds of above 90mph.


And it didn't take long before Lord's erupted in celebration as Archer pinned Cameron Bancroft in his crease, trapping him lbw for just 13 runs. When Australia go two wickets down, celebrations are often dampened by the emergence of Steve Smith, whose Test average of over 60 runs creates a sense of dread. But Archer fears no-one. 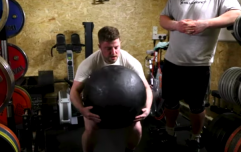 END_OF_DOCUMENT_TOKEN_TO_BE_REPLACED

He would have to wait until Day Four to have a proper go at Smith, after rain brought Friday's play to a premature end. But when he got that chance, he did not waste it. And so began the most thrilling duel of the series so far, reminding us all why the longest format of the game is the most gratifying and most enthralling. You dare not miss a ball as Archer peppered the seemingly invincible Smith with bouncer after bouncer.

Smith had taken a ball to the forearm, causing him some discomfort. You can't help but cast your memory back to 2005, when Andrew Flintoff drew blood from Ricky Ponting early on, setting the tone for a thrilling series.

A brief cheer around Lord's was quickly sucked out of the air as Smith crashed to the turf after taking a ball to the back of the neck. This time the flashbacks were less nostalgic and more terrifying. Images of the late Philip Hughes' collapse will have haunted fans watching.

Thankfully, Smith was ok, passing the immediate concussion tests and determined to get back out there after the medical team insisted he come off with 80 runs. His return, to huge applause, was perhaps not such a good idea in hindsight, as he was uncharacteristically trapped lbw by Chris Woakes by a ball that, any other time would have been clipped down the leg side for four.

Time constraints meant the match was drawn, though there is no doubt which side will be more encouraged by their performance. As well as Jofra Archer's fine bowling, Ben Stokes put in his second heroic performance at the Home of Cricket this summer, scoring his first international century since that night in Bristol. Rory Burns looks right at home blunting the new ball for the middle order. Stuart Broad has the upper hand over David Warner.

As an unchanged side goes north to Headingley, with Smith a doubt for the third Test and the score still 1-0, Trevor Bayliss' side have reason to be optimistic, in most part down to one man: the Barbadian Steve Harmison, Jofra Archer.