The former Leinster and Ireland coach is back in New Zealand and already making his presence felt.

Joe Schmidt is set to join the All Blacks as one of their selectors, replacing rugby legend Grant Fox in the role.

END_OF_DOCUMENT_TOKEN_TO_BE_REPLACED

The former Ireland head coach, who led them to three Six Nations titles, including a 2018 Grand Slam, is back in New Zealand and doing some High Performance work with World Rugby.

He is set to join Leon MacDonald at Auckland Blues for the 2022 Super Rugby season as a 'support coach', but is also being lined up as the replacement for Grant Fox. The former New Zealand No.10 has been on the AB's selection panel for over a decade now, but is stepping away from next year on. 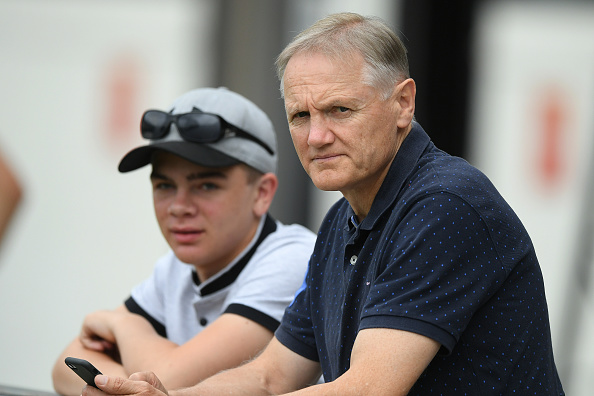 END_OF_DOCUMENT_TOKEN_TO_BE_REPLACED

News of Schmidt being in pole position comes from local outlet Stuff, in New Zealand. Official confirmation of Schmidt’s appointment is likely to arrive in the coming days, they report.

Fox had signalled his intention to step down from his selectorial role after the 2019 World Cup, but Ian Foster, who took over as head coach from Steve Hansen, asked him to stick around for a while longer.

Should Schmidt step into the role, the fates have teed up some fixtures that will garner even more attention. Ireland are set to tour New Zealand for three end-of-season Tests next summer. They would be the first Test matches Schmidt would be involved with, for All Blacks selection, should he take up the role.

The Kiwi, who also led Leinster to two European Cup successes during his time there, was the first ever Ireland head coach to mastermind a Test win over the All Blacks. That came in Chicago, in 2016, with another win over New Zealand following in 2018.

END_OF_DOCUMENT_TOKEN_TO_BE_REPLACED

The All Blacks gained revenge in the World Cup quarter final, in 2019, but were then beaten by England in the semis. Foster led New Zealand to The Rugby Championship, this year, but ended 2021 with defeats to Andy Farrell's Ireland and a rampant French side, in Paris.