You'll struggle to find a Liverpool or Wales fan these days who hasn't got on board with calling Joe Allen 'The Welsh Pirlo'.

The flowing locks and deft touch have seen the former Swansea man compared to Italy's most stylish midfielder, but Allen himself isn't as much of a fan as the rest of us. 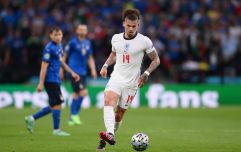 END_OF_DOCUMENT_TOKEN_TO_BE_REPLACED

"It's a dangerous one because I had the Welsh Xavi tag for a while and that didn't really do me too many favours so I'm trying to steer myself away from the new one, too," he told Wales Online.

Seeing himself as more of an "Average Joe", the 26-year-old is clearly more at home with his ordinary (albeit chicken-heavy) life. 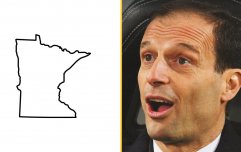 END_OF_DOCUMENT_TOKEN_TO_BE_REPLACED

But before he can return to normality, he's got a part to play in the European Championships in France - something the Italian Pirlo doesn't have at his disposal.

The New York City FC midfielder, who starred at Euro 2012, lost out on a place in Antonio Conte's squad after the Chelsea-bound coach opted to rule out players based away from Europe.

Joe Allen is the "Welsh Xavi", Xavi is the "Spanish Pirlo" Pirlo is the "Italian Scholes", Scholes was the "English Joe Allen".

Allen's Wales begin their Euro 2016 campaign on Saturday against Slovakia, before meeting England and Russia in their other group games.