If he's proved anything, anything at all, it's that he can meme with the best of us.

Whilst he remains an Ander Herrera-esque player, capable of brilliance and shithousery in equal measure, the one thing he does boast is a sense of humour. That's right: Jack Wilshere has the basic qualities of a half-decent human being. Who would have thought?

Ladies and gentlemen, feast your eyes on this absolute work of art. 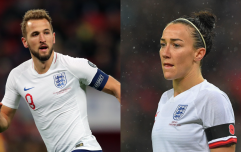 END_OF_DOCUMENT_TOKEN_TO_BE_REPLACED

Let Jacky Boy and Jonjo lead us on the tear-up, and let's never pretend we're going to win an international football tournament again.