Would you take Ole over any other manager in the league?

Things are not currently going well for one Ole Gunnar Solskjaer. The manager of Manchester United has the worst win percentage in the club's modern history since he was permanently appointed last year, and recently broke yet another record, when his side lost at home to Burnley for the first time since before the days of George Best.

While the Norwegian optimist loves to look on the bright side of life in moments of darkness, there are only so many times that one can insist that progress is being made after yet another dismal performance and result.

"The answer is obvious. Pochettino is there. He's available. Get him!"

Is there any manager in the Premier League you wouldn't take over Ole Gunnar Solskjaer at Man Utd? pic.twitter.com/uKGm5ZeMz7


As pressure builds on him, from fans if not the board, we decided that the time was right to ask a question that is increasingly on the lips of many football fans: is he the worst manager in the Premier League? 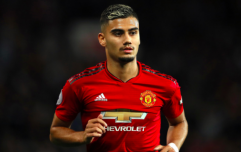 END_OF_DOCUMENT_TOKEN_TO_BE_REPLACED

On the surface the answer is yes. He has one of the most expensive squads going and his side are currently closer on points to 19th place than they are to third.

In the first episode of JOE's new show Football Trending, Reuben Pinder and Kyle Picknell discussed whether the former Cardiff coach is the worst in the league and which coaches they'd take over him.


popular
Nine photos of Lionel Messi looking broken during Bayern Munich 8-2 Barcelona
QUIZ: Is this a Marvel character, or a DC character?
QUIZ: Can you get full marks in this devilishly tricky capital cities quiz?
This weight training trick builds 50% more muscle in just eight weeks
Quique Setien faces the sack from Barcelona following Bayern Munich thrashing
Returning to the gym? The Rock has some fitness tips for you
Arsenal investigating Nicolas Pepe transfer, thinking they may have overpaid